QBC aka Queens Baseball Convention in person this fall. 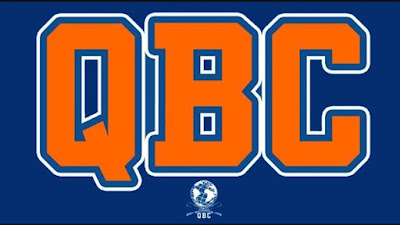 QUEENS BASEBALL CONVENTION SET TO RETURN TO A LIVE EVENT ON NOVEMBER 13, 2021

Organizers of the Queens Baseball Convention announced today plans to return to a live event on Saturday, November 13, 2021

Keith Blacknick and Dan Twohig, co-founders and partners in the 8-year old fan-fest, revealed that Mulcahy’s Pub and Concert Hall will host the fall gathering, the largest unaffiliated fan-run convention for baseball fans.

“Mulcahy’s is well-known to Mets fans and is a great venue for us relaunch the live QBC” stated Blacknick. “They have hosted Mets events in the past so it felt like a natural fit for us.”

“Bringing fans together while also maintaining COVID protocols was important in our decision, and Mulcahy’s is large enough to give us the space needed, while also being easily accessible to the majority of our attendees” added Twohig.

While no guests have been announced yet, Blacknick and Twohig stated that fans will be excited with the player lineup they have planned, adding that “multiple former players” will be participating.

In addition to player appearances, panels, and autograph sessions, the QBC will also include panels on other fan and Mets related topics, as well as a host of vendors.

Specific details on the 2021 QBC will be announced in the coming weeks. For more information or for inquiries, please email us at QBC2016@gmail.com, or follow us on social media (Twitter @QBConvention or Facebook www.facebook.com/QueensBaseballConvention)

ABOUT THE QBCFounded in 2013, the Queens Baseball Convention was created as a mid-winter gathering of fans of the New York Mets. Our design is a combination of “Fan Fest” meets “Comic Con.” Since its start it has grown into the largest fan-run fan fest in the New York area.

According to Awoyinfa, it is a truism all over the world that sport is now a reference issue which can no longer be ignored at various sectors of the economy and spheres of life. The author adds that this text thus takes a critical look at topical issues in sports administration and management, dwelling on theories and principles of modern trends in sports administration and management such as leadership, organisation, planning, motivation, etc. Lady Palm Ranch