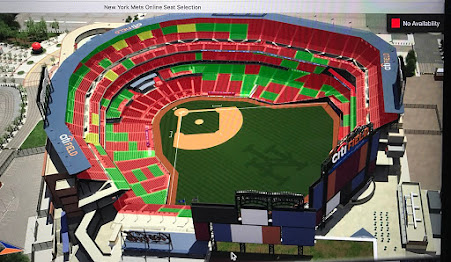 Somehow it seems like everyone missed this last month. It seems like the plan is to get shovels in the ground in 2023 to start building phase 1. That is the first six acres that will kickoff the development fo the  area. Yes, Sterling Equities aka the Wilpons are still involved. This is why when you folks tweet at the Steve Cohen to build stuff across from Citi Field on 126th street you're tweeting into the nothingness because he has nothing to do with it. There is still a whole lot of cleanup and infrastructure work to be done.

Councilman Francisco Moya, who is the chair of the Subcommittee on Zoning and Franchises and represents the area, said the historic vote is an exciting step toward getting affordable housing for residents.

“After decades of bad deals and failed attempts, no project has gotten this far under Council members in past administrations. This is historic,” Moya said. “This historic project will bring the deepest levels of affordability: 1,100 units of affordable housing, zero market rate units, and units set aside for older New Yorkers and those transitioning out of the shelter system or formerly without housing. It will also bring a publicly accessible open space, a new public elementary school and environmental remediation.” About 23 acres of the site is under city control, according to Pohorelsky, with a focus on the first 6 acres of land, that is referred to as Phase 1, kickstarting the remediation and infrastructure investment that will pave the way for long-awaited public benefits for the area.

According to NYCEDC, the site will be leased to Queens Development Group, a joint venture of Sterling Equities and Related, pursuant to multiple ground leases each for a term of up to 99 years, on terms consistent with HPD affordable housing programs. QDG will participate in HireNYC, offering prevailing wage and setting a 25 percent target for hiring minority and/or women-owned business enterprise (MWBE) firms.