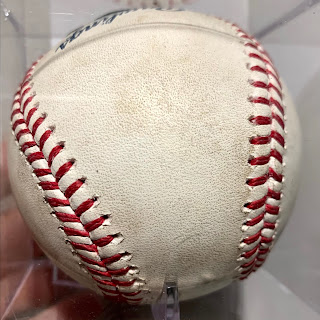 To understand the fiasco of baseball’s 2021 season, which people around the game describe as sullied by rampant cheating to a degree not seen since the steroid era, all you have to do is pick up a ball. Then try to put it back down.

One ball made its way into an NL dugout last week, where players took turns touching a palm to the sticky material coating it and lifting the baseball, adhered to their hand, into the air. Another one, corralled in a different NL dugout, had clear-enough fingerprints indented in the goo that opponents could mimic the pitcher’s grip. A third one, also in the NL, was so sticky that when an opponent tried to pull the glue off, three inches of seams came off with it.

One National League journeyman reliever, who says he uses Pelican Grip Dip, a pine tar/rosin blend typically used by hitters to help grip their bats, has been flagged at airport security.

“They swab my fingers—and this is after showering and everything—and they’re like, ‘Hey, you have explosives on your fingers,’ ” he says. “I’m like, ‘Well, I don’t, but I’m sure that I have something that’s not organic on there.’

“This should be the biggest scandal in sports,” says another major league team executive.

I just grabbed a couple of lines to entice you guys into reading this article. Imagine going to the airport and getting pulled in by TSA to get your fingers swabbed because they think the goop you are using to get a better grip is explosives.

I wonder if any of the game used balls that get sold at the stadiums have any of this grip stuff on it. I know I just got two in mystery ball bags from Citi Field. I should check those out later. Anyway strike outs are up and offense is down. What is MLB going to do with this? Is it going to blow up and take out some big name pitchers throughout the league? Or are they going to let it slide until next season? I know that MLB owners met up the other day to discuss this issue.