President Trump has a message to David Wright. 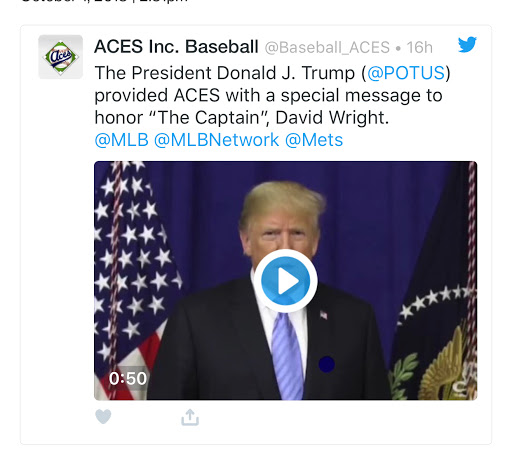 From the NY Post
"President Trump made a video congratulating Wright on his career that Wright’s agency, Aces, released on Twitter on Sunday night.

"I’ve always been a big David Wright fan," the president said. "You are a spectacular man and a great baseball player, tremendous hitter, tremendous fielder and a winner."

Trump went on to say he considers Wright a friend and they have golfed together in the past. He also said he broke away from other world leaders at United Nations to record the video."
Read more and see the video here.
Broke away from important meetings eh?Highly doubtful that Wright might think of you as a friend. It’s nice of you to go and make a video but to do it when you are UN meetings? Come on!!!