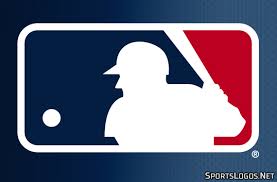 Fans are starting to wonder when or if they are going to get their money back from baseball games that haven't been played this season. It's funny how this new policy below that popped up after the lawsuit materialized. It also is going to be a riot when folks are offered credits to 2021 and not cash back from the teams.
From Yahoo,
MLB ticket holders wondering what’s to become of their tickets to games canceled because of the coronavirus pandemic could soon have an answer.
Refunds may be on the way.
Yahoo Sports’ Hannah Keyser confirmed on Tuesday that MLB is giving teams the green light to start rolling out their own individual ticket refund policies. It’s expected that teams will start releasing those in the next few days.

Canceled instead of postponed

The news confirms a report from the Wall Street Journal that an earlier policy classifying missed games as postponed is shifting. Now those games will be considered canceled, freeing up teams to issue refunds. How refunds are handled will be up to individual teams.
Keyser also confirmed a report from the San Francisco Chronicle’s Susan Slusser that some teams have already been quietly issuing refunds to fans claiming financial hardship during the COVID-19 pandemic.

Major League Baseball is allowing teams to offer refunds to fans for games currently not being played because of the coronavirus pandemic. Previously, games were considered postponed, instead of canceled, allowing teams to hold on to revenue generated from ticket sales.
But with little chance of MLB playing 162 games this season, the league has decided to allow for refunds. MLB is not requiring refunds, and each team will set its own policy, with many likely offering a credit for 2021 as an option. Teams can announce their new policies beginning Wednesday.