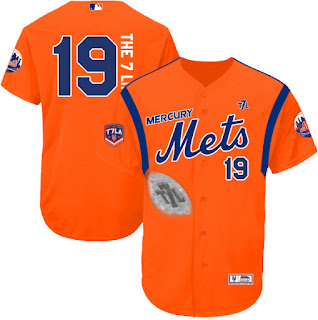 This is very interesting. I can see BVW doing this if he is afraid of a star player getting hurt, but the decision should be on the manager and not the GM. I get trying to make sure that they don't want deGrom hurt but this is ridiculous.


According to an industry source, it was the rookie GM who instructed Mickey Callaway to remove Jacob deGrom from a game in Arizona earlier this month in which the Mets ace sustained a hip cramp. After deGrom was removed from the game in the seventh inning, the bullpen imploded in a loss that added to the frustration of a 2-5 road trip.


The source said Van Wagenen, who was watching the game at home on TV, communicated with a member of the Mets support staff with an order to remove deGrom from the game. Callaway complied with the order, and deGrom was visibly upset as he departed the field, certain that he could continue pitching. The manager was grilled for the move, but at the time insisted the decision was his.


“Hell, yeah, it’s unusual: sending word to the dugout, telling the manager what to do?” the source said. “I have never heard of that before.”
MLB rules stipulate that players and coaches cannot use cell phones anywhere during a game.


The source added there was grumbling at the time within the clubhouse that Van Wagenen hadn’t come forward and taken responsibility for the decision, as the perception persisted that deGrom was unhappy with a manager fighting to keep his job.