No team meeting yesterday and the Mets lost. 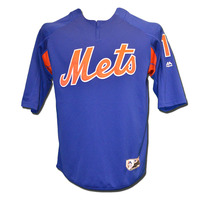 Guys, guys, guys. Why didn't you have another team meeting? It seemed like that righted the ship for one game. If you had another meeting, you could have talked about base running and trying to figure out why there aren't any real outfielders out in the left field. Maybe you can figure out how to get your star second baseman in the game and also how to get the albatross of a contract of Robinson Cano who is useless to the team. EVERYONE was trying to figure out why they made this deal. OH IT IS THE DIAZ DEAL.That's not working out too well either. There are some very good pieces on this team, but it is time to moves the dead weight if you can. Wheeler, Syndergaard, Vargas should all be fair game. Some AL team might take a flier on Cano because of the way the trade was financially structured with Seattle. Either commit to a fire sale/rebuild or just admit this team is should be flushed down the tubes in Flushing. There has to be something done with this team that is more then "THE HAD A MEETING"
Posted by Media Goon at 6:44:00 AM