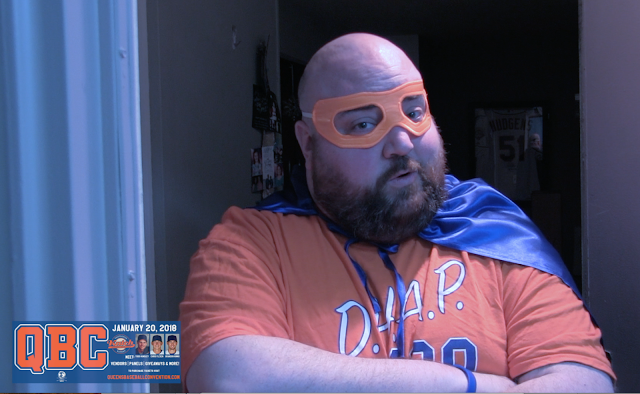 You guys catch it on SNY yet? No? You should try to catch it. It's amazing, its stupendous and it features my second ever appearance in a TV commercial. What you didn't know I have been in a commercial before? Can you guess which one? Nope. Not The 7Line Citi one. Give up? I was a homeless guy in a commercial for United Methodist Church. Yep. Back when I was working on tv commercials in production, the director was like, "Hey Keith, you look homeless. Want a role?" And there it was. My first foray into being a thespian in a commercial.

Here's the one airing on SNY again. I am going to do a cool game before the QBC. The first person at the QBC to show us a pic of them in front of their tv with the date and MEDIAGOON written on a piece of paper that they are holding will win a prize. I won't say what prize yet but there will be a prize. REMEMBER NEED TO BE AT THE QBC TO WIN THIS.  Get your tickets yet? No?

Weeeeeellll... go to the www.queensbaseballconvention.com to get your tickets for Jan 2-th 2018at Katch Astoria. 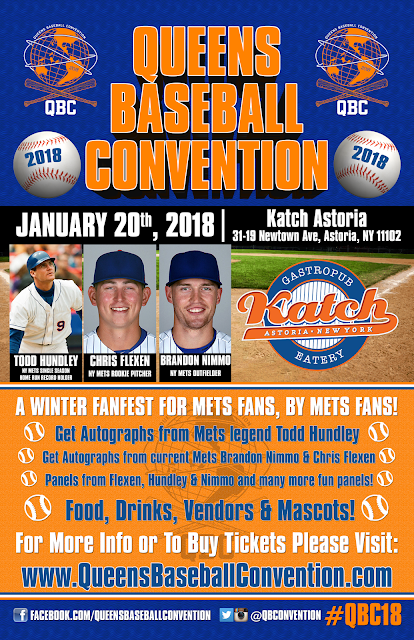