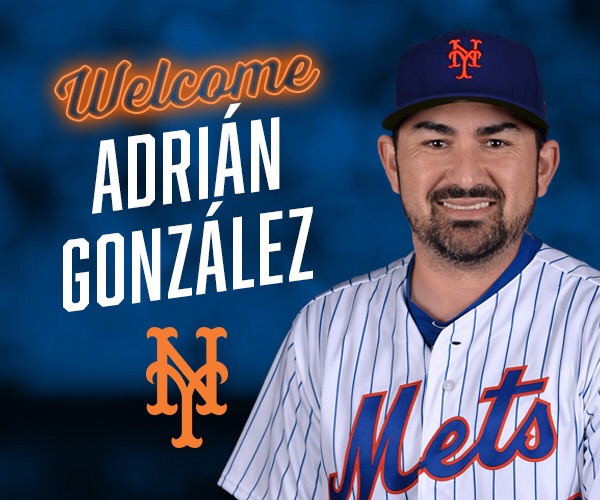 The Mets today announced that the club has signed five-time All-Star Adrián González to a one-year contract.

González, 35, has hit over 300 home runs (311), driven in over 100 runs seven times and has earned four Gold Glove Awards during his 14-year major league career.

He has batted .288 with a .359 OBP during his major league career with Texas, San Diego, Boston and Los Angeles-NL.

In 34 career postseason games, the lefthanded-hitter has seven home runs and 21 RBI.