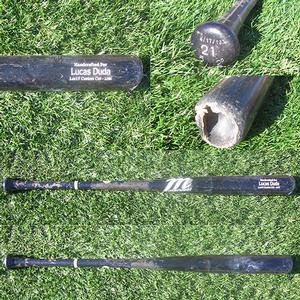 Boo Duda....Dom Smith is great. Ship Duda out. Wait we have Dom Smith at first? Bring Duda back. What is wrong with you owners??? So who do we hate this week folks?


As for the lineup, the Mets are considering bringing back veteran first baseman Lucas Duda, The Athletic’s Ken Rosenthal reported on Friday.
Duda hit .246 with 17 home runs and 37 RBIs with the Mets last season before he was traded to the Tampa Bay Rays in late July. Duda, who will turn 32 on Feb. 3, broke into the major with the Mets back in 2010 and has 138 home runs and 405 RBIs in 812 career games.
If they do reunite with Duda, it would come on the heels of the Mets reportedly agreeing to a three-year, $39 million contract with slugger Jay Bruce on Wednesday night. Bruce was traded to the Cleveland Indians last season, two weeks after Duda was sent to Tampa.
Duda’s potential return could also mean that the Mets are not satisfied with the development of first base prospect Dominic Smith, who hit .198 with nine homers and 26 RBIs in 49 games last season.