The Mets had a combined No Hitter last night 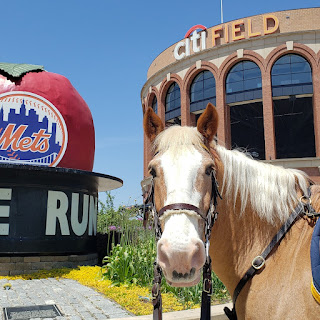 Congrats to the Mets for having their second no hitter in their team’s history last night. It took five pitchers to be able to claim their first combined no hitter in the game. Folks are going to get on my case about this but while this cool and I’m glad the Mets are winning games I don’t feel like this is special as when one pitcher goes the distance throwing a no hitter by himself.

Folks were telling last night that this is rarer and a much more difficult thing to do. “Only 17 of combined no hitters in league history vs over 300 one pitcher ones.” Of course this is going to be skewed like this. The league has been around for over 150 years and the combined no hitter has just recently become a thing with the way mangers are handling their starting pitchers now. 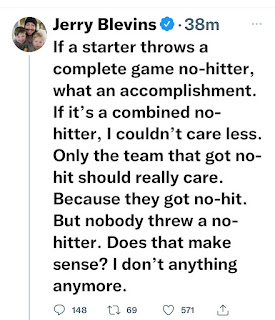 I side with Jerry Blevins on this. As a pitcher I take his thoughts on this with a little more weight than just a fans. Like I said, don’t get me wrong I love that the Mets won. Games in April and May matter. Wins matter.

I looked it up. Before 2010 there were 9 combined no hitters. So I around 140 years of baseball it wasn’t done often. They left the starting to pitcher in to make that moment in history. Since 2010 it has happened 8 times. Doesn’t that make it less rare and more of a norm?

I even made this comparison last night to a friend. A combined no hitter to me is like having five guys taking turns in eating a 100 oz steak in a contest. Yeah they finished it off but it’s not the same as one guy doing it.

This is all just my opinion on combined no hitters in general and I am not trying to take away from a moment that the Mets and their fans can hang their hats on for the season. God knows as Mets fans we aren’t used to things breaking the teams way.