Mets and players getting hit by pitches 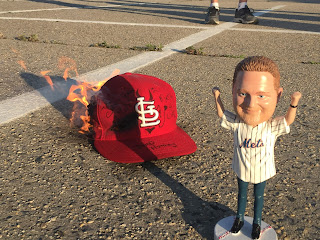 Do the Mets have a target on their back throughout the league or is it that the baseballs being made by Rawlings who is owned by MLB suck? Some pitchers are saying that the balls have no grip to them and coupled with the climate the game they are pitching in creates a slick ball. Is this the case? Are the balls not being made right? Not being rubbed in right with that special dirt that’s brought in to be used? Are pitchers just throwing at the Mets because they are owned by Steve Cohen according to some speculation by the media? Is it because pitchers relied on sticky stuff for years and can’t throw without it?
Who thinks the Mets are getting thrown at because Steve Cohen owns them? Not me. I think that it’s a coincidence of a number of factors that’s going on. It’s the way the Mets are being pitched to, it’s the balls, and it’s pitchers having control issues.
Maybe MLB shouldn’t be in charge of making their own equipment. Maybe they have too much say in the matter if a ball is slicker, or is juiced, or is a dead ball. Maybe they need to make the ball a little stickier so there is more control for the pitcher or maybe they can find a better thing than just a Rosin bag to help a ball not be slippery. I don’t know.
Posted by Media Goon at 6:48:00 AM