Am I excited for baseball? Meh. 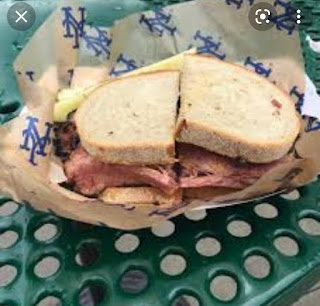 I want to be excited for this season which starts in a few days but it hasn’t hit me yet. I am not as obsessed with baseball and the Mets as I once was. I don’t know if it was the run in I had with security a few seasons ago, the Covid shortened season, the constant injuries with the Mets over the years, or was it the lockout?

The lockout really annoyed me this year. The owners are making tons of money and they locked out the players. The players dug in and wouldn’t give up during the lockout and tried to get as much as they could in the CBA. To me it just showed what the owners thought of the fans. They don’t care about us fans or the players. They care about our wallets and tv deals. That’s fine. Baseball is a business of a game grown men get to play for a living. I went from a half season ticket plan and 7line plan to just the 7line plan. I don’t want to be tied into having tickets and having to try to move them when I can’t make the team and the Mets are not doing so good.

I’m hoping by the time home opening day hits I’ll be in a more excited state for Mets baseball, but right now, it hasn’t kicked in yet.

I do look forward to the 7Line games. Those are always fun and I think I can swing Opening Day and the Saturday game. Maybe that’s when it’ll kick in for me.