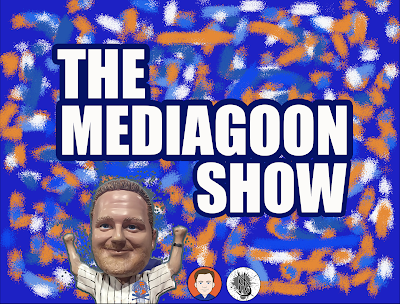 Director Heather Quinlan is a lifelong Met fan whose favorite '86 player was Sid Fernandez. She spent her late '80s summers listening to Steve Sommers on the FAN and Bob Murphy do the play-by-play when the game was on Sports Channel. She is a member of the Bill Webb Fan Club.
Heather's previous Kickstarter campaign for her film "If These Knishes Could Talk: The Story of the New York Accent" was named Kickstarter's "Project of the Day" and was featured on Thirteen's MetroFocus, Huffington Post, Gothamist, and the New York Times.

I went into this project with the best of intentions, but up against forces I couldn’t compete with. The biggest being money. Everyone wanted their take, it was like Goodfellas. I didn’t mind paying the players, especially the ones who had to do the autograph circuit to pay the bills since they’d retired 30 years ago. I did mind autograph agents who tried to shake me down, and don’t get me started on MLB.

This was how I wanted to do it—turn a sports doc into something beyond a sports doc. Meaning—narrator, talking head, clip, talking head, clip, narrator, the end. This not only dulled the soul but it did an injustice to the story of sports. Some of the best writers out there are sports writers like me heroes Roger Angell, Ring Lardner Sr. It’s gladiators in the ring up against lions, it’s Greeks vs Trojans, Romans vs Barbarians. Epic battles with a side of beer and babes. We weren’t just going to have Darryl Strawberry, we were going to have Noam Chomsky. We were going to test Keith Hernandez on his knowledge about Antietam. We were going to have a physicist judge whether Mookie would’ve been safe at first.

I remember, after Michael told me he wanted to invest in the film, sitting with my friend Travis, telling him, “I just want to enjoy this moment. Nothing bad has happened yet.”

If you want to check out the podcast before hand. Here’s the link.