How did former Met Chris Flexen do for Seattle? 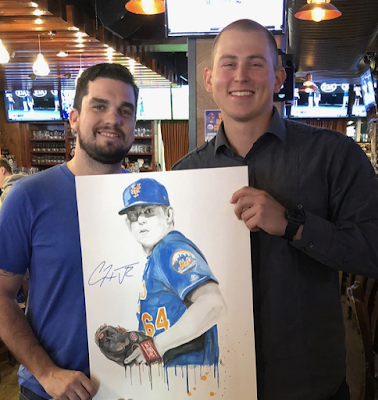 It is no secret that Chris Flexen is a buddy of mine. I've gotten to know Chris, his parents, and fianceé over the last few years and they are all great people. The Mets called Chris up from Double A ball when they needed pitching and jerked him around sending him back and forth from Triple A and Flushing and never gave him any consistency so he could pitch properly. Last season the Mets and Chris parted ways and he signed with the Doosan Bears in Korea. Chris had a great season there and even got into the record books as the first pitcher to strike out eleven hitters in back to back games he pitched in the post season. When he was in Korea, I saw fire in Chris that you could see at times when he pitched for the Mets. In my opinion from watching him in Korea, he found himself. I can see the two sides of Chris now. The fun guy I hang out with and the MLB caliber player that has that competitive fire burning in his belly now and I love it. Watching the highlights from his first game pitching for Seattle Chris seems like he has carried it over from Doosan.

I'm proud of Chris pushing through the challenges he has faced and every time he pitches for the Mariners, I'll be rooting for him and his new team.