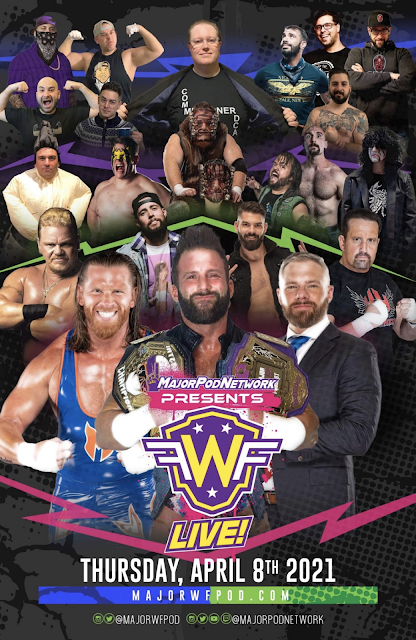 Update- if you are a fan of fun wrestling where the last two matches feel like they were hooked like an old ECW show, get this because you can still order it for a week. It’s “on demand” now.

My buddies, Impact Wrestling Star, Host of the Major Wrestling Figure Podcast and Huge Mets fan Brian Myers(@myers_wrestling) and Internet Food Unboxing Champion, former independent wrestling name, runner up on the QBC/T7L dating game, and a big Mets fan Joe Shoes(@TheJoeShoes) will be on the card. Brian is defending The Create A Pro tag team Championship along with his partner Smart Mark Sterling. They are taking on AEW Tag Team Bear Country. Joe is wrestling in a "Four Pack Challenge". The main event will be Matt Cardona(@TheMattCardona) is taking on The Create A Pro Heavyweight Champion VSK.

After opening day at Citi Field today, if you are a wrestling fan, you are going to want to order this PPV. OH. Did I mention that ECW legends Shane Douglas and Tommy Dreamer are making appearances on the show?

You can order the PPV here via Patreon