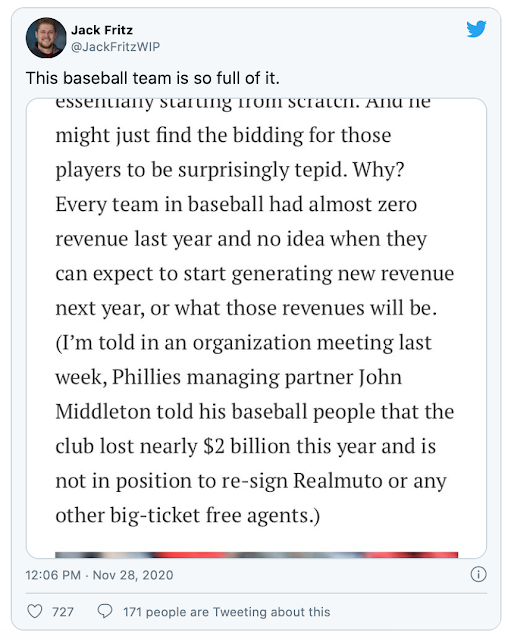 Everyone was going crazy over this tweet the other day. How would a team lose as much money as the Mets sold for last season? Then we see this. 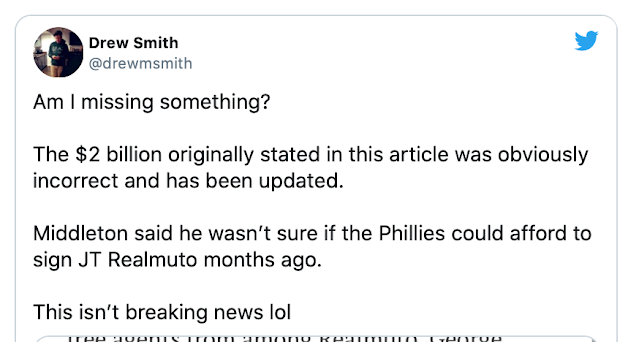 How does a number like that even make it to print without being checked? You would think there would be some double checking going on. Guess not.

From the The News & Observer

A person familiar with the Philadelphia Phillies' finances says the team lost $145 million during the pandemic-shortened 2020 season played without fans.

The person spoke to The Associated Press on Saturday on condition of anonymity because the team hasn't officially released the figures.

Baseball commissioner Rob Manfred has claimed the combined debt for the major league clubs this year was $8.3 billion. While teams like the Yankees, Dodgers, Cubs, Angels and Red Sox with the highest payrolls took the biggest hits, the low revenue teams like the Marlins, Rays and Brewers have been equally suppressed.

Imagine if $2 million of MLB's losses were just the Phillies?