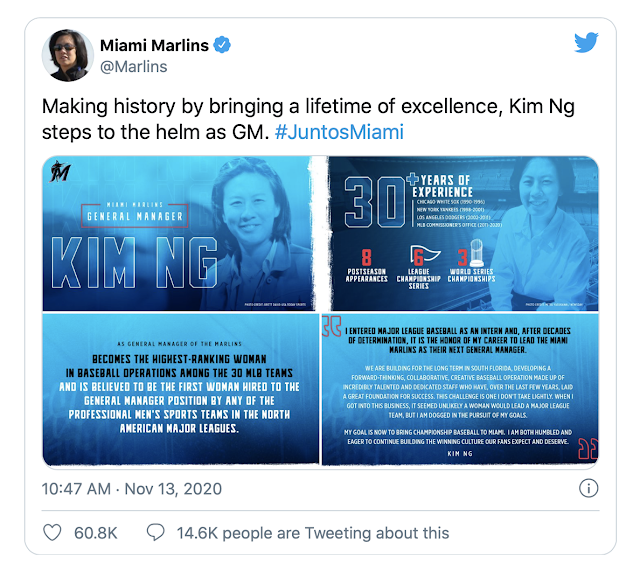 This is great to see. The old boys club is starting to have its glass ceiling. I wonder what team is going to be next.

From the NY DAILY NEWS.

“I entered Major League Baseball as an intern and, after decades of determination, it is the honor of my career to lead the Miami Marlins as their next general manager,” Ng said in a statement.

Ng, 51, has spent three decades in the baseball industry and was expected to become the sport’s first-ever woman GM for the better part of those 30 years. She was hired as an intern for the Chicago White Sox in 1990, after graduating from the University of Chicago and growing up in Queens and New Jersey. Ng climbed the ranks and became the Sox' assistant director of baseball operations by 1996.