It’s a weird Black Friday/Cyber weekend for me 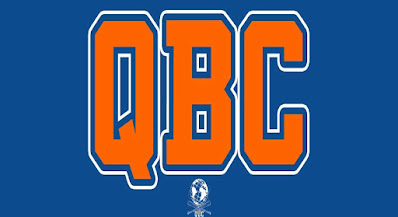 I hope everyone had a good Thanksgiving yesterday. This has been a crazy year for all of us in general because of COVID-19 but it also got me to thinking about the QBC. This time last year on Black Friday we started selling tickets to the 2020 QBC and it went pretty well. The Mets announced their Fanfest basically right after our tickets went on sale and the event was a week away from when we would be holding it. With SNY backing out of being our sponsor after years of being with us, we knew we were going to basically be up against a rock and a hard place. One of my fave things to do is see the notifications of folks buying tickets for the QBC. Not because it made money. We almost never made money on the event, we just broke even or made enough to get the ball rolling for the next QBC event.

Once we realized the Fan Fest would make it financially impossible for us to bring in the players we were going to being in because of ticket sales not being what we need them, we decided to cancel it for January and move it to later in the year. Then COVID hit. So we postponed it until it is safe for all of us to get together again after the pandemic is able to be navigated safely.

Let me get to the reason of this post. Steve Cohen mentioned the Mets Fan Fest one day on twitter and the outpouring of support that came from our fellow fans that have attended the QBC over the years was amazing. There were so many tweets and retweets from folks at Steve Cohen telling him that whenever the Fan Fest happens that the QBC should be a part of it. It really touched me and Dan and I just wanted to say that having so many folks showing that they like what we do every year and what the QBC means to them.

So I just wanted to let you guys know that Dan and myself  are thankful for all of you. Thank you guys. Let’s go QBC and Let’s Go Mets.