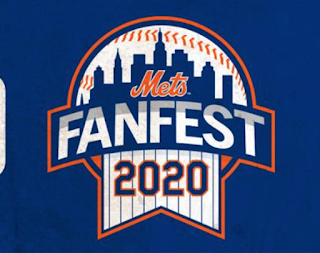 Here's an email that I received today.

Hi Keith,
Was at the Fanfest yesterday for the 4-6 pm session. We arrived early hoping we can get into the team store but they wouldn’t allow us access until we entered the building. They did let us in early but they could’ve let us in immediately considering it was a monsoon outside. They kept us in rain for at least 30 mins, they weren’t helpful at all. There were lots of older people and young children which I pointed out to the supervisor and she lectured me that I should’ve dressed warmer. After finding out I wasn’t a season ticket holder she told me I wouldn’t be allowed in until 4pm with a smirk on her face and walked away from me. Horrible hospitality.

Then when we entered the lines to all the fun stuff were very long because there were still people there from the 12pm session and the 2pm session. I also heard tickets for 12pm were available on stub hub. The Mets should’ve put a cap on how many tickets can be sold at 1 time so it doesn’t get sold out to scalpers. I hope next year they make 1 start time for the whole day. Especially since the 12-2 pm session was really an all day event. Also the autograph session was poorly designed. They put the athletes in a corner and lined the people up like cattle in a narrow hallway. They wrapped the line around 3 times instead of using all the space they have in the hallway and have 1 line. It was clearly oversold and poorly managed. We weren’t given any special items really. We were given an empty Fanfest bag. No t shirt, no mug no pen or schedule. NOTHING. With so much to offer they did so little for the fans.

I hope you can get this to the people who care.
Thanks
M.