At least the Mets are never "Boar"ing. 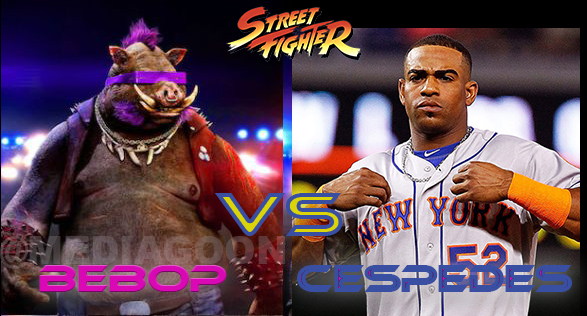 How does this stuff keep happening to the Mets and their players? I mean really. What other team in sports have these kind of wacky injuries?

According to multiple people who were informed of the incident, Cespedes has traps on his ranch for a variety of reasons, including to keep boars away from people. But one boar was removed from a trap — perhaps by Cespedes — and either charged toward Cespedes or startled him, causing Cespedes to step into a hole. Cespedes suffered the fractured ankle at a time when he was recovering from surgery to both heels that already was jeopardizing his playing status in 2019. The ankle fracture guaranteed that he would not take an at-bat last season.
Cespedes reported the injury to the Mets, including immediately that he was trying to sidestep a boar. Mets officials and representatives for Cespedes went to the ranch the following day and came away believing essentially that is what occurred. Officials from both the Commissioners Office and the Players Association visited the ranch at a later date and also confirmed that version of how Cespedes was injured.
The Commissioners Office and Players Association became involved once it became clear the Mets were withholding Cespedes’ 2019 pay and were considering an attempt to make the remainder of his pact a non-guaranteed contract.