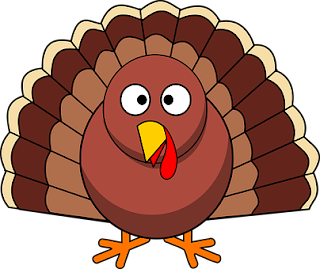 Todd Frazier is tired of being terrorized by the Toms River turkeys.
“I have seen the reports about wild turkeys in Toms River. They are a big problem here,” the former Yankees and Mets third baseman tweeted Saturday. “They have come close to harming my family and friends, ruined my cars, trashed my yard and much more.”
The free-agent slugger wants local wildlife officials to play ball, saying it’s “ridiculous” that they can’t move the wild birds.
Frazier called out New Jersey Gov. Phil Murphy in another tweet, saying, “Animal control needs to step up and move these animals ASAP. State wildlife control needs to figure it out. What’s it going to take?”
Frazier’s social media missives were not a home run with everyone.
“Someone need a hug Todd?” one man tweeted, while another snarked, “Being rich must be boring ehhh?”

My buddy that lives down in Toms River told me that these turkeys are a menace and it's not just Frazier who had had enough down there. Maybe they can get a trapper and if they catch them alive send them to some petting zoos. If it's the other way, maybe use the meat to feed the needy/homeless.

My wife is from Staten Island and there is a crazy amount of wild turkeys out there too. Those things are huge and basically say FU if you are anywhere near them.