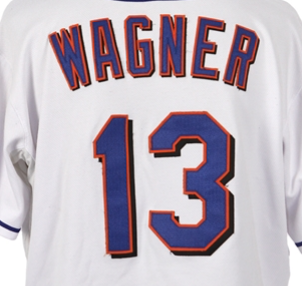 We'd like to announce our second guest to QBC 2020. Former Closer Billy Wagner. Since there has been a lot of chatter from folks about the black jerseys, we decided to bring on someone who wore them.

From Matt Cerrone over at Metsblog(a while ago).


In September 2008, at 38 years old, Wagner learned he needed Tommy John surgery on his pitching elbow, which would keep him off the mound for at least 12 months. He considered retiring, but instead had surgery so he could fulfill his contract with the Mets.


"I really enjoyed being there, I loved all that New York gave to me," Wagner told the Daily News in 2009, speaking about his time with the Mets.