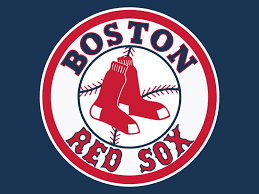 
Bill Buckner, the longtime major leaguer whose error in the 1986 World Series for years lived in Red Sox infamy, died Monday. He was 69.


"After battling the disease of Lewy Body Dementia, Bill Buckner passed away early the morning of May 27th surrounded by his family," his family said in a statement. "Bill fought with courage and grit as he did all things in life. Our hearts are broken but we are at peace knowing he is in the arms of his Lord and Savior Jesus Christ."


Buckner played 22 seasons in the majors, was an All-Star once and won a batting title in 1980. But it was a ball that went through his legs at Shea Stadium on a cool Oct. 25 night in 1986 that made for one of baseball's most shocking moments.


Boston, looking for its first World Series title since 1918, carried a 5-3 lead into the bottom of the 10th inning of Game 6 against the Mets. New York tied it with two runs, then brought Mookie Wilson to the plate.Wilson worked a 3-2 count off reliever Bob Stanley, and then, with a runner on second base, bounced a slow roller up the first-base line on the 10th pitch of the at-bat. Buckner ranged to his left, went down to snag the ball behind the bag and watched it roll through his legs and into right field. Ray Knight scored to give the Mets a 6-5 can-you-believe-it win. They took Game 7, too, a gut punch to a Red Sox team a strike away from a long-awaited title just 48 hours earlier.
"We had developed a friendship that lasted well over 30 years. I felt badly for some of the things he went through. Bill was a great, great baseball player whose legacy should not be defined by one play," Wilson said Monday in a statement released by the Mets.