Mets to have video tribute for Matt Harvey(Why?) 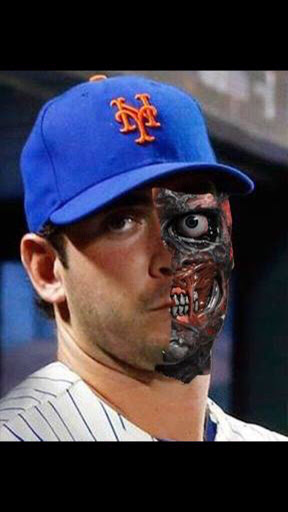 The Mets will have a tribute video for Matt Harvey on Monday night at 7 p.m., before Harvey's Reds open a three-game set at Citi Field.

Read more at metsblog
Why are the Mets giving a video tribute to this guy? He cared more about going out with models, Rangers games, Yankees games, and being seen around town at parties? In his time in NYC he really didn’t do anything spectacular for the Mets. This is a guy who had one foot out the door since he was signed by the Mets. The Dark Knight this and the Dark Night that. Happy Harvey Day. The New Tom Seaver. How about you Mets honor Mets players from the past? You know maybe check in with some of the 1969,1973 Mets?  A Tom Seaver Statue would be nice. “Well, Harvey got fans excited again.” When Harvey came up to the Mets If Air Bud was pitching and doing well that would have excited the fans. Matt Harvey. Meh. Yeah. Let’s give a tribute video to a guy who wouldn’t go down to the minors to work on his pitching. Team looking loyalty there folks.
Posted by Media Goon at 12:10:00 PM