Jayson Werth would never play for the Mets 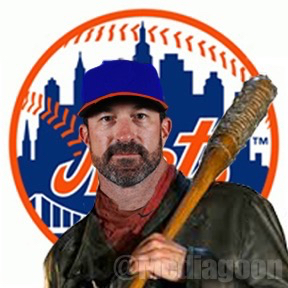 Jayson Werth(less) called 27 teams and said he didn’t call the Mets for a job. That’s good because the Mets already have a ton of Past their Prime players. Interesting how he tees off on Scott Boras too.
From The NY Times


According to Chelsea Janes of The Washington Post, who listened to Werth’s appearance on Howard Eskin’s Philadelphia sports talk show, Werth said, “..so I took matters into my own hands and I called every team but one and tried to get a job. The only team I didn’t call? The Mets. I wouldn’t play for them.”

What’s especially interesting about this piece is how upset Werth was with his former representation, super-agent Scott Boras. In the interview, Werth mentioned that he was advised to wait it out when he was given offers in November, but then when Spring Training came and he started reaching out to teams on his own, he was told they were unaware he wanted to continue his playing career.

Werth was understandably upset finding out his own agent hadn’t been marketing him to teams, but Boras’ company has a different side to the story. According to them, Werth’s representation made it very clear to teams that Werth considered himself an available free agent, but they received no offers.

It’s not clear where the disconnect is, but Werth was incensed enough to fire Boras over it, and he of course eventually went on to retire after a short minor league stint earlier this season. Boras claims they have documented evidence that they did their due diligence, but Werth’s retirement is likely the end of the story.