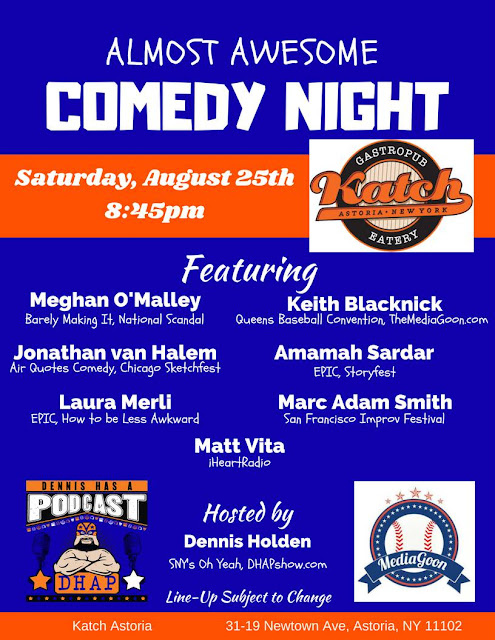 Want to see me make my on stage debut doing Comedy? I mean it. It is my first time ever being on a mic in front of folks doing comedy. Dennis Holden aka @DHAPShow is finally getting his revenge on me. He has challenged me to do five minutes in front of a live audience at Katch in Astoria. It is going to be on Saturday Aug 25th at 8:45pm after the 7line outing earlier that day. So come Katch me  crash and burn on stage and have a big laugh at my expense.


Here are the other folks that will be at the show!