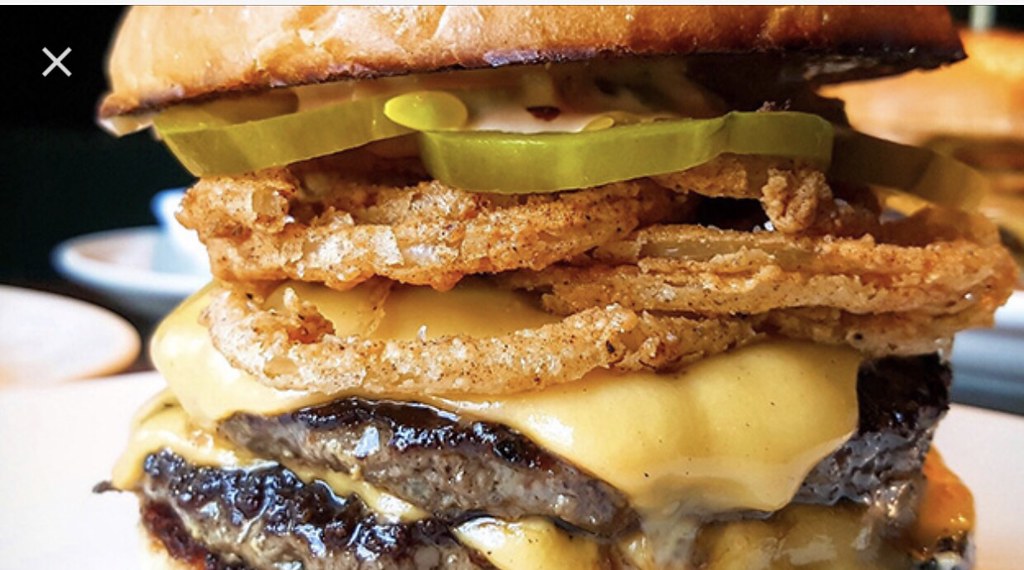 (The burger does not look this good when you buy it.)

I tried the new Double Barrel Burger last night from Bash Burger. The Double Barrel Burger with two burgers, cheese, fried onion, pickles and their secret sauce. I have no idea what the secret sauce was supposed to taste like. It was just "there". The burger patties were really salty and that wasn't because of the pickles either. It was the whole burger. I liked the fried onions, that was a nice touch to the burger. I can see where this burger would maybe taste good. I don't know if it was the cooler weather that took away from the burger making it not as "hot" or if it was an off night. I'll give it another try later in the year.