Books: Yells For Ourselves by Matthew Callan 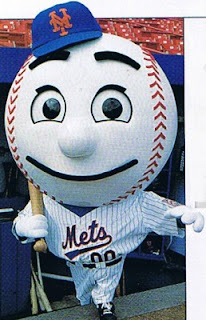 Here's an excerpt from Yells For Ourselves

While Valentine loved to win at anything, baseball was his one true love. The lights outside his house were covered in baseball-shaped globes, lovingly painted by a carpenter father who shared Stamford’s belief that Bobby Valentine could do no wrong. He was son to them all, a local treasure to be cherished and protected. That’s why, when a boy landed an accidental elbow to Bobby Valentine’s eye, his first fear was not that his friend would hit him back, but that he’d destroyed the hope of an entire city.Of course, Bobby Valentine shrugged off this blow. Nothing could stop Bobby Valentine. If your entire hometown called you Mr. Baseball before you could vote or buy a beer or join the army, you would believe you were bulletproof, too. The problems would only come when you left that town and entered a world that didn’t see you glowing with the same angelic light. That world might never make any sense to you at all. You might never make any sense to that world.


YELLS FOR OURSELVES looks back both at those two memorable Mets seasons and how New York had been transformed over the preceding decade (and baseball's role therein). The book is now available for preorder on Inkshares, in ebook and print formats. If you're not familiar with Inkshares, it's basically Kickstarter for books. Once YELLS FOR OURSELVES receives at least 250 peorders, it will go through all the steps to become a real-live book, like copy editing, cover design, and eventual distribution to actual bookstores (which still exist, I'm told).
Here's the link to the Inkshares page, where you can check out some sample chapters and preorder the book. If the campaign is successful and we get lots of preorders, I'll be adding more preview content here:
https://www.inkshares.com/books/yells-for-ourselves-1ef7e5?referral_code=257606d4