No ticket fees until Tues. I guess for some reason this only works once a year with the software. Now let's kill you with fees the rest of the year... 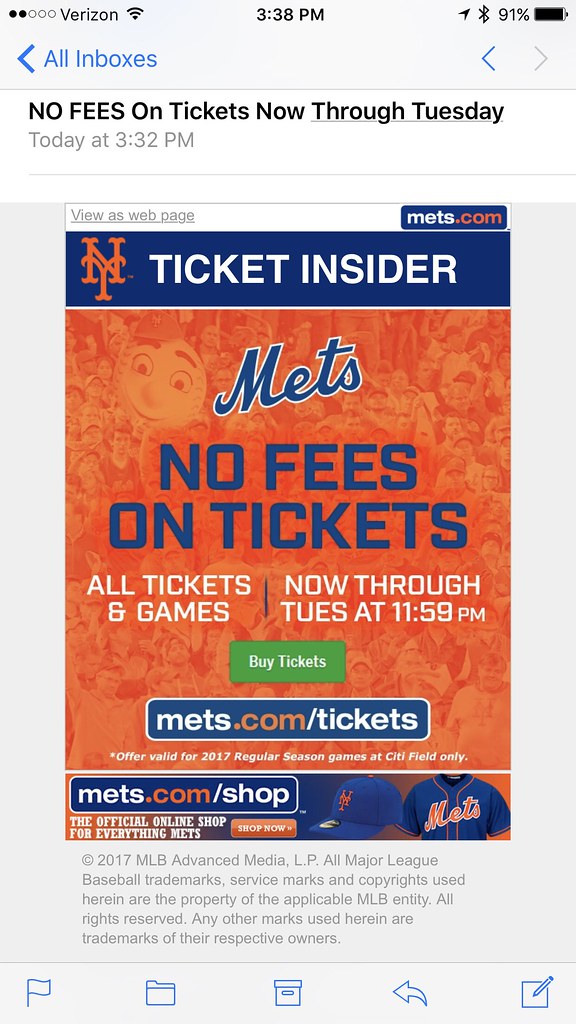 Tickets can be purchased at mets.com/tickets.

For example, a fan purchasing two tickets online on Monday, January 9 for the Monday, June 12 game against the 2016 World Champion Chicago Cubs will not be charged any ticket fee for placing that order.

*The only fees not covered by the team during this promotion are Express Mailing, including mail and UPS. Offer does not apply to previously placed orders.
- Posted using BlogPress from my iPhone