Mets Officials: Do They Listen? 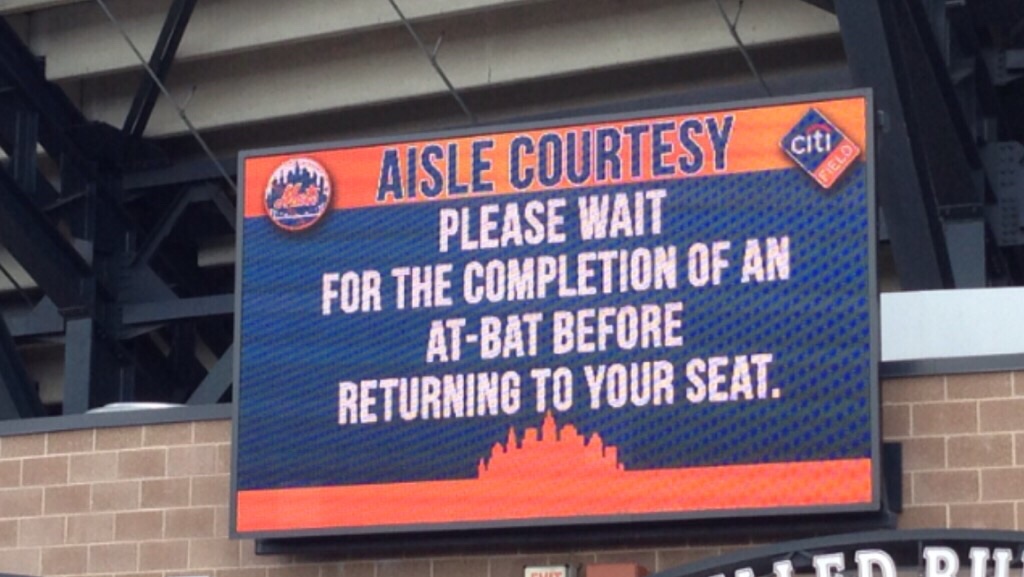 If any of you poor folk read this blog or follow me on twitter, you know I have been championing the return of some baseball etiquette amongst the fans.

I am not going to rehash the whole thing here but I'll hit the main thing I complained about.

The letting fans back down to their seats Willy Nilly during the games. I complained on twitter about it and the Mets saw the tweets and wanted to meet with me about it. We had a meeting, chatted about the problems, some solutions, and some other various ideas. The policy that is enforced now is that during at bats, fans who are returning to their seats after the third inning have to wait until after that at bat is completed to do so. In a perfect world it would be after the first inning but Rome wasn't built in a day. I have to say thank you for listening because other fans and myself appreciate being able to see the game and not having to get up every thirty seconds.

Another thing the Mets listened about was for better signage about the early entry gates for 1/2 and full season plan holders. There were times where security weren't even aware where the line was and they led you on a wild goose chase. There were complaints by numerous fans, myself included and the Mets made an adjustment early on in the season and have made it work since then.

As fans we appreciate being heard about reasonable gripes and we get some complaints are just wacky at times. So I want to thank Chris Brown and Dan Malandruccolo for listening to us fans and being there to help out.