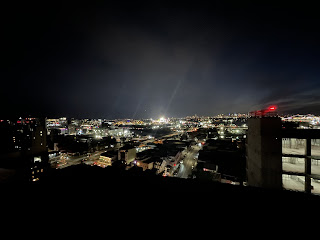 Anyone paying attention to the folks who want a casino in NYC? BTW, remember when the Wilpons wanted to build a mall on the parking lot where Shea Stadium used to stand? You know the parkland that can only be built on by the owners of The New York Mets? You kinda do? Well guess where Steve Cohen supposedly wants to put the casino he wants to build. Yep same spot. Anyway this post is about what’s going on with the possible casino(s) in general in the lower NY state/city area.
From the NY Post.
“ Resorts World casino has “parted ways” with its security director Timothy Pearson after learning the longtime pal of Mayor Eric Adams had a second paid gig with the city.
The gambling company confirmed Pearson’s departure on Sunday, following the revelation last week that their top security official was serving as a public safety advisor to the mayor while getting paid by the New York City Economic Development Corporation
P
earson’s gig with the city’s economic development arm raised ethics concerns as Resorts World is seeking to expand its gambling operations in Queens.
A source familiar with the matter told The Post Sunday that Pearson, who worked with Adams during their days at the NYPD, never informed his bosses that he was moonlighting and getting paid by EDC.”
Read more here.
It just seems to me that there might be more going on behind closed doors right now.
Posted by Media Goon at 9:34:00 AM