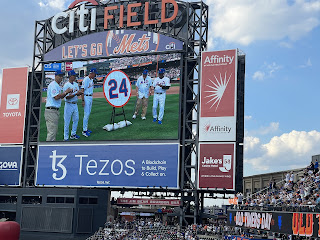 “I want to thank Steve and Alex Cohen for making this day possible and embracing Mets history,” Mays said. “I can never forget the way it felt to return to New York to play for all the loyal Mets fans. I’m tremendously proud I ended my career in Queens with the Mets during the ’73 World Series. It’s an honor to have my number retired in my two favorite cities – New York and San Francisco. New York was a magical place to play baseball.”

The Mets have retired #37 for Manager Casey Stengel, #14 for Manager Gil Hodges, #41 for Tom Seaver, #31 for Mike Piazza, #36 for Jerry Koosman, #17 for Keith Hernandez and #42 across baseball for Jackie Robinson.