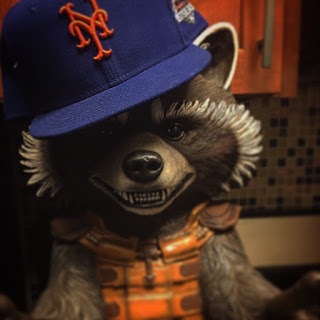 It seems like the mythical NY Mets Raccoon is back. Now in real life over the years I have heard that there is a family or families of raccoons living in Citi Field

SOUND UP to hear about what happened in the tunnel between Francisco Lindor and Jeff McNeil from Francisco himself 🤣 pic.twitter.com/REn66S6nf3

I don't care if maybe McNeill and Lindor had words or more than words with each other. They seem to have worked it out if there was anything and Lindor gave an answer which basically said "We aren't telling you what went on if something did go on." My fave part of the presser was one of the reporters asked Lindor if he ever saw a rat before and the response was, "Of course. I grew up on Puerto Rico."