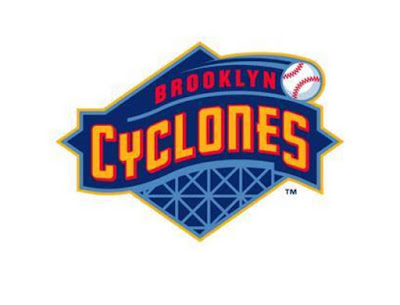 Brooklyn, NY – May, 18, 2021 –  Maimonides  Medical Center and the Brooklyn Cyclones announced a new name for the team’s Coney Island ballpark today – Maimonides Park. The name reflects a new partnership that unites two of the borough’s iconic institutions – a team celebrating its 20th anniversary season and a healthcare organization celebrating its 110th year of service to Brooklyn.

As the city emerges from the depths of the pandemic, Maimonides and the Cyclones are prouder than ever to be part of such a resilient, diverse borough. The 2021 season marks a new chapter in Cyclones’ history as they transition to become the High-A Affiliate of the New York Mets. It’s also a historic moment for Maimonides as the medical center expands its Brooklyn network, with plans later this year to
complete its affiliation with New York Community Hospital and open an emergency department at the former Victory Memorial Hospital campus.

“When the Cyclones take the field at Maimonides Park for opening day on May 18th, we will be celebrating a return to baseball after a pause of more than 600 days due to COVID-19,” says Cyclones Vice President Steven Cohen. “It’s profoundly fitting we will also be celebrating our new partner, an organization of heroes that not only helped lead our community through this pandemic, but also one fundamentally committed to the well-being of Brooklyn residents.”

Through this relationship, Maimonides will collaborate with the Cyclones to bring health and wellness programs, health education and screening opportunities to individuals and families attending home games this season. During Cyclones home games, Maimonides staff and volunteers will be onsite with handouts, information and themed health programming for Brooklyn families and residents of all ages.

“Maimonides is extremely proud to extend our name, reputation and commitment to health to a Brooklyn landmark that provides
family-friendly entertainment to thousands of residents each summer,” says Ken Gibbs, President and CEO of Maimonides Medical Center. “We are also grateful to the donors who help make this partnership possible, enabling us to raise awareness of the world-class services available here in Brooklyn and to provide information and programs that will help Brooklynites lead healthier lives.”

Maimonides Park will host at least 60 Brooklyn Cyclones regular-season home games each year, as well as high school, college, and youth league baseball games. The ballpark also hosts numerous charity events, concerts and other sports like rugby, soccer and lacrosse each year as well.  The 10-year agreement will take the Cyclones and Maimonides Medical Center naming rights partnership through the conclusion of the 2031 season.

The Brooklyn Cyclones are the High-A affiliate of the New York Mets. The team has welcomed nearly 5,000,000 fans to the ballpark through the first 19 seasons in franchise history. The team won the New York-Penn League Championship in 2019 – their final season as a member of the short-season classification. The team has also been honored with the Bob Freitas Award (2005 & 2014) in recognition for their outstanding promotional efforts and the prestigious Larry MacPhail Award (2017) in recognition for their outstanding work on the field and in the community.

Maimonides Medical Center is a 711-bed non-profit tertiary care provider in Brooklyn, New York. It operates the largest hospital in Brooklyn, as well as the borough’s only full-service Cancer Center. Maimonides physicians are nationally known for clinical excellence, innovation and groundbreaking research. An independent teaching and research institution, Maimonides is a major clinical training site for the SUNY Downstate College of Medicine. Founded in 1911, the Medical Center continues to grow and adapt to the needs of Brooklyn’s patients and families. Maimonides is an affiliate of Northwell Health. For additional information on the nationally recognized clinical services at Maimonides Medical Center, please visit www.maimo.org.