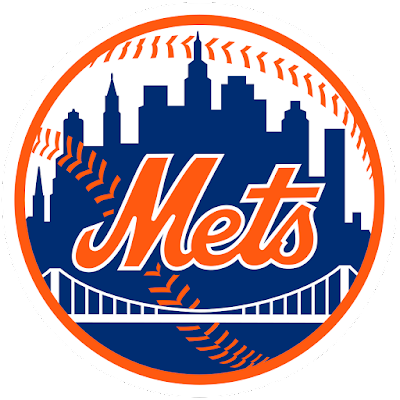 On December 28th I wrote about how I was wondering when Mets fans patience was going to run out. People took it as though I was wishing for fans to turn on Steve Cohen. Funny thing I that's not what I was saying at all. I just know how fickle some Mets fans can be. When Cohen first was looking to buy the team, Mets fans started calling him Uncle Stevie(I hate that by the way. Sounds stupid). He was the White Knight riding in on a 14 billion dollar horse. Some Mets fans were expecting Cohen to unload a lot of his cash on every free agent available in this off season. "Sign this player". "Sign that player". "Cano is gone use his money and sign someone else for three years." Folks forget that there are still two years left after this season for Cano's contract at 20 plus million per season. So there's that amount of money. I know crazy right? Why did the Mets make a deal with McCann and not Realmuto? Obviously the higher ups see something that makes this make sense. The Mets have some great pitchers in the rotation. One of the things they have been missing the last few seasons was a catcher who can call a game and frame a pitch well. From all I have heard about Realmuto is that he can hit and catch but isn't a great game caller or pitch framer. This is something the Mets don't need. They need someone who can help out the pitching and take a little pressure off of them.

Now we have folks complaining about the Mets not being in on Sugano. Like my title says, whiny, entitled, not knowledgable Mets fans are are the worst. I feel like the minority voices make the majority of Mets fans look bad. A lot of them remind me of the person you run into at a party, start talking to them, and then realize you made a huge mistake. You know you have run into someone like that.

I guess on to another pitcher. @StevenACohen2 well I guess McCann and May is it for us. Time to hibernate until Spring Training. 😴😴 Go Mets https://t.co/89ceJ752Jj

This would also be the same guy who would complain if they did sign him and he sucked for the Mets.

Our pitching staff is going to be deGrom and then pray for 4 days of rain!

I am not a huge Stroman fan. I think he is a decent pitcher but I guess Mary forgot about him.Syndergaard is supposed to be back and the there are still other pitchers out there thats the Mets can sign. They might not be Trevor Bauer but there are some solid pitchers out there.

I guess we went from 1 stingy owner to another. All this money and other teams are doing moves. Been a met fan since 1969 guess its time for a change of teams.

Eddie here has a whole three followers. Guess this a burner account. Sure. Let's have the Mets Spend wildly and handcuff themselves over the next few seasons. These are the same folks who are saying Cohen has enough money to just buy out Cano. Again, I love fans spending other people's money.

What exactly are we doing? Is James McCann really going to be our biggest pickup this offseason? Please say no.

Who is we? When did this guy buy into the team?  This is one of my pet peeves. As fans "We" are not part of the team. "We" aren't owners, managers, players. "We" are fans who root for "our" team. When you are a fan of a TV show or a movie. Do you say "We" should've directed this scene differently. No "We" don't. Stop it.

Like I said a couple of weeks ago, I knew some Mets fans patience was going start running out because they think that they are owed something from this new ownership/ We as Mets fans will eventually have a solid team. Whether it is this season or next season it will happen. As of right now the new regime has to dig out of some bad moves that were done by prior ownership. Stop trying to spend other folks money.