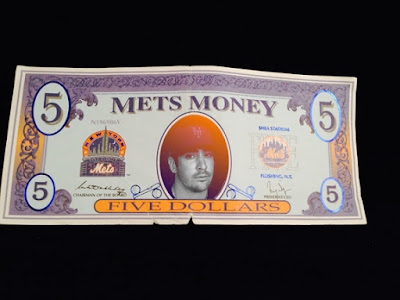 Mets fans are starting to get cranky because the Mets and Steve Cohen didn’t just grab all the free agents that are/were out on the free agent market. “The Mets didn’t do anything this offseason. Same old Mets”. The Mets made a huge trade for one of the best young players in the game. When were the Mets in the position to do that. Not only did they make that trade, they are in position to sign Lindor long term which cements the team as a possible contender for years.

“They didn’t go for Realmuto and just got McCann”. The Mets have some of the most solid pitchers in the game. They have plenty of pop and hitters in the line up so you can sign a catcher who is good on defense and frame pitches. The team hasn’t had that in a good while.

“The Mets didn’t get Springer!”. And? So what. They might be in on Jacky Bradley Junior. If they get him, they aren’t spending money on a player who wanted six years and a good amount of money who probably only has about four years at the most of him playing CF. And what do you do with Dom Smith and Nimmo right now if there isn’t a DH? I can see Nimmo coming off the bench if need be which isn’t a bad thing but still, there is a ton of moving parts going on.

“The Mets didn’t get Brad Hand!!!” They tried. They offered him two years but he wanted to be guaranteed the closer job. I think the Mets did the right thing by not guaranteeing any roles in the bullpen right now.

I was asking a few weeks ago about when do Mets fans start whining and complaining about the spending by the front office. Stop Spending Cohen’s Money like it’s your own. The Mets are “in” on these conversations. They are trying to make deals with players and if it doesn’t happen it doesn’t happen. But, just remember that at this time last year the Mets were shopping for used Yugos(don’t know what a Yugo is? Google it)  while this year they are in the new car show room. Some of you fans need to get over yourselves.