Steve Cohen old SEC dealings could be a problem acquiring the Mets. 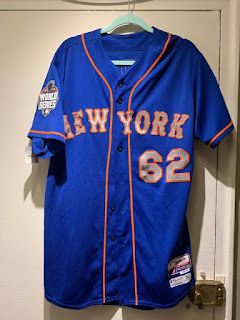 I have been saying this from the onset about Steve Cohen. That he might have trouble with the owners over at MLB with getting the okay to buy the team because of his past with the SEC and other lawsuits that are near his name. I know you folks want the Wilpons gone but who knows if Steve Cohen will get the team.


He’s got deep pockets, earning more than $1 billion last year (according to Bloomberg, numbers his people don’t dispute) on top of his fortune of around $15 billion. With his obvious love of the Amazins and willingness to spend, maybe “wait ’til next year” could actually be next year.


But there’s a whisper campaign to undermine Cohen’s bid — because Cohen’s name was high on the government’s hit list in its crackdown on insider trading nearly a decade ago.
I write this not as a Cohen hagiographer or hater, mind you. He and his people were less than happy with my coverage of his ­legal contretemps in years past.


That said, insider trading in my view is a largely victimless crime (no one forces the other side of the trade to buy the stock) and Cohen, for all the noise around his activities, was never criminally charged at all.


His old firm SAC Capital paid $1.8 billion in fines and settlements, pleaded guilty to insider trading and was shut down while he faced a two-year suspension from managing outside money on civil charges of failing to supervise people who did.


Meanwhile, of all the millions of trades done by his firm, insider trading alone could never have accounted for his amazing record returns for investors over the years, which is why he’s back in business.
Cohen isn’t a lock to be the Mets’ new owner. He faces competition from that aforementioned celebrity couple of former Yankee Alex Rodriguez and singer/actress Jennifer Lopez.


J-Rod, with the help of JPMorgan, has cobbled together a strange assortment of investors to form a bidding group that includes various other former sports stars as well as Mike Repole of the Vitaminwater franchise and Vincent Viola, who after a long and distinguished career on Wall Street now owns the NHL’s Florida Panthers.

With Team J-Rod, even with their backers, do they have enough money to run a team after buying it? Look at Jeter in Miami and what is going on down there with their fire sale after he bought the team.
Posted by Media Goon at 8:31:00 AM