My two cents in the Cespedes fallout. 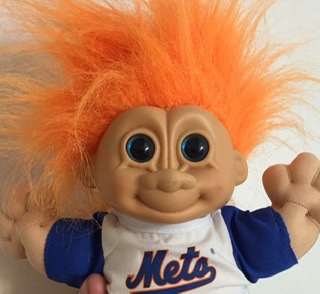 I see a lot of folks saying that Yoenis Cespedes did the right thing because his mother is ill and he opted out because of Covid-19. You know what? That is commendable. Why isn’t commendable is the way he handled it. Just upping and going without talking to his manager or the GM between the end of the game and when her packed up his stuff and left the hotel wasn’t cool. You couldn’t tell me he couldn’t give a heads up via text or call to anyone besides his agent? His agent who I am sure has Brodie’s number. I don’t know if I believe a guy who may or may not have gotten  hurt doing things  during the 2015 playoffs. Or the guy that covered up how he got hurt on his ranch last year avoiding a wild boar. You are hurt. You should be rehabbing and not doing work on your ranch.

The other side of this story is that there is speculation that after Cespedes found out he wasn’t playing on Sunday that he was pissed at the Mets because he felt like they were going to keep him from hitting the incentives that he would make with starts/plate appearances/etc. That could be part of the reason why he ghosted.

I truly hope that the reason he left us because of Covid fears and his mom is going to be okay. But I can also see why he kept getting traded from teams he played for.