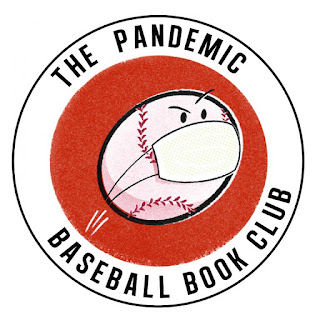 There are some writers that I know here first hand, like Brian Wright, Michael Stahl and the author of this piece Mark Healey. Mark is a fella I have known for a while now and he is one of the biggest supporters of the Queens Baseball Convention and a solid guy all around. I want to put this out there to help Mark, Michael, Brian and the other authors that I don't know personally. We've all have had various degrees of boredom during this Stay at Home time and what better way to relieve some of that boredom then by reading some books that baseball is the subject? Also if you want to see my interview with Michael Stahl co author of Big Sexy: In is Own Words , click here. I was thinking about doing an interview with Mark also. I am in the midst of reading Gotham Baseball and I think interviewing Mark about it might be fun. Anyway let's get on with this post Mark I apologize now for taking a lot of the article from the Rockawave but I think in your words this will get explained better.


As our country continues to suffer through this coronavirus pandemic, with lives being lost every day, and brave folks working on the front lines to keep the rest of us safe and healthy, having to cancel a book launch is a very minor thing.
The members of the Pandemic Baseball Book Club all recognize this, but when you are an author, and you spend years writing a book, you still have to find a way to promote it. The question is how to do so in these unprecedented times.


When Jason Turbow, author of They Bled Blue: Fernandomania, Strike-Season Mayhem, and the Weirdest Championship Baseball Had Ever Seen: The 1981 Los Angeles Dodgers had a few book events shelved, an idea started to form.

“Two bookstore Q&As I was scheduled to do in April — with Eric Nusbaum and Brad Balukjian, respectively — were canceled due to the pandemic, I began thinking about ways that baseball authors might be able to promote new releases amid a fractured landscape,” said Turbow. “Doing the Q&As virtually made sense, with video posted for whoever might be interested. Eric came up with the name. I built a website. Brad helped organize. We started to recruit authors with their own impacted book launches. Anika Orrock gave us some amazing artwork and boundless enthusiasm. Before we knew it there were nearly 20 of us, supporting each other in whatever ways we could, a community of long-timers and first-timers bonded together in a way that we’d never have even considered had the world around us not fallen apart. The impending plight of independent bookshops became clearer, that became another mission. Now we drive any sales we can to bookshop.org,” said Turnow 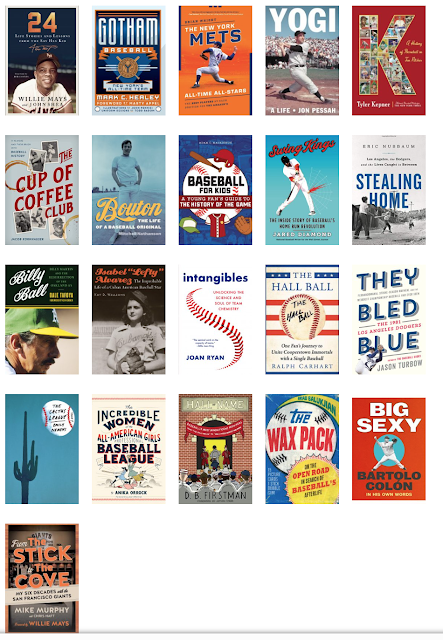 Anika Orrock is the author and illustrator of The Incredible Women of the All-American Girls Professional Baseball League.
“The moment I saw Brad Balukjian’s post about his book tour cancellations, I became aware I was not the only person launching years of research and hard work into a pandemic void (without baseball, no less),” said Orrock. “When we connected with one another, and then with Jason Turbow and Eric Nusbaum, and then with a handful of other baseball authors, I realized we were on to something––and not simply a promotional platform. Our experimental gathering-slash-support group has grown into a sizable innovative community. In a time of isolation, the most typically-isolated kind of people have managed to come together over the two things they have in common: baseball and unfortunate timing. But perhaps just baseball.”


Balukjian, author of The Wax Pack: On the Open Road in Search of Baseball’s Afterlife is another one of the founders of the club.
“Pre-pandemic, I started Tweeting about other people’s baseball books, figuring we shouldn’t look at each other as competition, but as collaborators,” said Balukjian. “Without knowing her at all, I Tweeted Anika to congratulate her on being the #1-selling baseball book on Amazon, and she quickly wrote back to thank me and suggested we talk about how we could work together to promote during the pandemic. The next thing you know, we had a logo, a website, a podcast, and 20 writers working together!”
Eric Nusbaum, author of Stealing Home: Los Angeles, the Dodgers, and the Lives Caught in Between was supposed to be part of a Q&A with Jason Turbow in San Francisco to discuss Stealing Home and They Bled Blue.
“When I wrote him in March to officially cancel the event, he responded to the effect of ‘how about some sort of online book promotion instead?” and Nusbaum thought it was a great idea.


“I’ve been along for the ride ever since,” he said.
First-time author D.B. Firstman, Hall of Name: Baseball’s Most Magnificent Monikers from ‘The Only Nolan’ to ‘Van Lingle Mungo’ and More, had been following Balukjian on Twitter and was supposed to have a book launch on April 3.
“I was already following Brad on Twitter in the months leading up to the publishing of his book, so when he started talking about forming this club, I asked him if I could join,” said Firstman. “After all, I’m a first-time self-published author, trying to get my books into the hands of readers in any way possible, and I was willing to pitch in in any way they needed.”


Emily Nemens, author of The Cactus League had been in touch with Orrock on Twitter before the pandemic began.
“Annika and I were two women with baseball books coming out this spring—both a bit odd-lady out (mine being fiction, hers illustrated). A mutual admiration society, you could say. When the pandemic hit, she quickly pulled me into PBBC,” said Nemens.
Mitchell Nathanson, author of Bouton: The Life of a Baseball Original was one of the first members of the PBBC.


“I was invited by Brad shortly after the ‘core four’ founded it, he said. “[That] makes me sort of the Scott Brosius of the PBBC.”
A reviewer of Jacob Kornhauser’s The Cup of


Coffee Club: 11 Players and Their Brush with Baseball History pointed him toward the club as a possible promotional tool as the pandemic started.
“I’m so glad he did because I’ve made friends and colleagues where I never would have and have helped promote not only my book but new baseball books as a whole this Spring,” said Kornhauser.


Jon Pessah stumbled across the PBBC while doing searches of baseball-related websites, saw a few authors he knew that had joined the group, and made a mental note. As he was getting to release his latest book Yogi: A Life Behind the Mask, his agent sent him an email with the link and one word: Interesting!
“That was followed by another email from my publisher with the same message,” said Pessah. “By the time Brad reached out to me, I already knew I wanted to be part of this group.


Chris Haft learned about the club through word-of-mouth, and as he put it, “almost by standing on the balcony of his apartment in Oakland and yelling across San Francisco Bay.”


“John Shea, the great San Francisco Chronicle baseball reporter who happens to be a great friend of mine, urged me a couple of weeks ago to contact Jason Turbow about joining the club,” said Haft.


Haft collaborated on From the Stick to the Cove: My Six Decades with the San Francisco Giants, an autobiography of longtime clubhouse attendant Mike Murphy, who’s kind of a cult figure among longtime Giants fans (he gets standing ovations during pregame introductions on Opening Day).


“This word-of-mouth phenomenon is what we’re missing in the absence of Major League baseball being played,” said Haft. “John, who just released his unparalleled book on Willie Mays [24: Life Stories and Lessons from the Say Hey Kid] and I were counting on plenty of free publicity from the Giants’ broadcasters, who surely would have talked about our respective books during game broadcasts. So this club is a godsend for helping put the word out. Even if we had “normal” baseball, this club still would be a great way for us to meet, bond, and exchange thoughts and ideas.”


Ralph Carhart is getting ready to release his book, By The Hall Ball: One Fan’s Journey to Unite Cooperstown said he followed a bunch of the authors on twitter and saw they were forming this collective, “so I reached out to one of them and they invited me to join them.”


As for me, I stumbled across the PBBC by accident, on social media, and wanted to be a part of it.; I love that a portion of sales from Gotham Baseball: New York’s All-Time Teamis going to help out indie bookstores like Avoid The Day Bookstore in Rockaway.
The fact that this group of authors big and small is supporting each other is additionally great.
Other titles of the PBBC include:
The New York Mets All-Time All-Stars: The Best Players at Each Position for the Amazin’sBy Brian Wright
Baseball for Kids: A Young Fan’s Guide to the History of the…By Adam C MacKinnon
Swing Kings: The Inside Story of Baseball’s Home Run RevolutionBy Jared Diamond
Billy Ball: Billy Martin and the Resurrection of the Oakland A’sBy Dale Tafoya
Isabel “lefty” Alvarez: The Improbable Life of a Cuban American Baseball StarBy Kat D. Williams
Intangibles: Unlocking the Science and Soul of Team ChemistryBy Joan Ryan
K: A History of Baseball in Ten PitchesBy Tyler Kepner
Big Sexy: In His Own WordsBy Bartolo Colon and Michael Stahl
You can purchase any of the books listed in this story at www.pbbclub.com/ where you can also see and hear interviews with many of the authors, read the blog, and get cool swag from the online shop.
The Pandemic Baseball Book Club illustrations are by Anika Orrock

Make sure you check out Rockawave
Posted by Media Goon at 6:58:00 PM