The Mets Non Deal is super interesting to me. 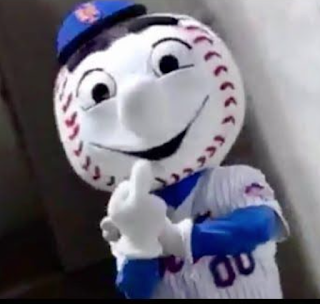 Interesting that they said this was all looking good up until Tuesday, meanwhile I knew about it Sunday and posted a blind item on Monday. Why did I do it as a blind item and not fully report on it? It's easy to figure that one out.


Steve Cohen’s $2.6 billion bid to buy the Mets is on life support — if alive at all.Multiple sources close to the situation are confirming that the billionaire hedge fund manageris ending negotiations with the Wilpons on his purchase of an 80 percent stake in the franchise. According to those sources, Cohen is deeply unhappy with the Wilpons changing the terms of the deal at a very late stage and has decided to walk away.
When rumors broke that the Cohen deal was dead on Tuesday, the Mets offered a strangely worded non-denial: “The parties are subject to confidentiality obligations, including a mutual non-disclosure agreement, and therefore cannot comment.”
Sources close to Cohen tell The Post that the 63-year-old, $13 billion man is holding his tongue for the time being.


Up until midday Tuesday, it appeared the deal was progressing quite well. At MLB’s winter meetings in December, commissioner Rob Manfred indicated he was satisfied with how Fred Wilpon and fellow owner Saul Katz were proceeding on the sale. But even at the time, the massive sale was reportedly structured in a way that could be politely described as unique.

Maybe Cohen comes back to the table. Maybe not. But I can tell you that this is deal number two that seems to have been scuttled by the Wilpons. I also have a person in another sports league that told me that the owners in that league would never let him buy in as an owner. That person also said MLB might not have a problem voting him in though because of the hatred of the Wilpons.
Posted by Media Goon at 8:51:00 AM