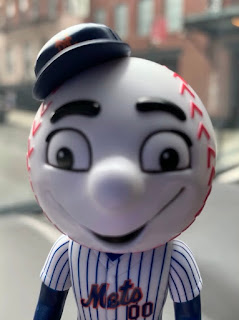 FLUSHING, N.Y., February 7, 2020 – The New York Mets announced today that the club has named Brian Schneider to the role of quality control coach. Schneider will serve on the club’s major league field staff as a conduit between the front office, coaching staff and players on issues including game preparation, strategy and analytics. Additionally, Schneider will oversee catching instruction.

“Brian is a welcome addition to our coaching staff,” Mets manager Luis Rojas said. “He has been in a major league uniform as a player and as a coach for the better part of the last two decades and his insight will be a valuable tool as he communicates ideas between our front office, myself, his fellow coaches and our players.”

Schneider, 43, was previously slated to manage the Syracuse (AAA) Mets in his first year in the organization. He spent the last four seasons as the Miami Marlins’ catching coach. He played 13 seasons as a player from 2000-2012 with Montreal/Washington (2000-2007), the Mets (2008-2009) and Philadelphia (2010-2012). Following his playing career, he served as the manager for the Marlins’ Single-A affiliate in Jupiter for two seasons, compiling a 117-160 record.

“Tony’s versatility is a tremendous asset to our club,” Rojas said. “His 25 years of experience as a minor league manager gives us confidence that he will be able to take on his additional responsibilities coaching our outfielders without missing a beat.”
Posted by Media Goon at 1:49:00 PM