Let's not forget what sparked the sale of the Mets. 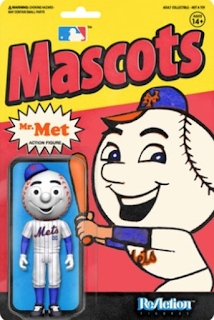 Let us remember what sparked the sale of the team in the beginning. Uncle Saul and his family want to divest from the ownership group because they do't trust that their Nephew/Cousin can run this team the right way once Fred is gone. This is what I would keep an eye on. Watch what the Saul Katz family does with they share of the Mets. Because they can make it a real pain in the ass for the Wilpons if thy want to.

The five-year waiting period until Cohen would assume full control.
He’s also 63, not 43. It is the billionaires’ sacred code that you can’t take it with you, whether you’re talking about a $15 billion personal fortune or a professional sports franchise. Nothing anyone ever said about Cohen indicated he would take sitting on the sidelines easily, and simply wait until age 68 to ease into the executive suite.

On so many levels, that didn’t make sense. Cohen, for instance, didn’t become an old-school “Bonfire-of-the-Vanities”-level Master of the Universe by being anyone’s show pony. The idea that he would blissfully fill the Wilpons’ coffers for five years without having a say in the team’s direction was completely at odds with every profile of him.

Indeed, as The Post’s Mike Puma reported Tuesday, Cohen had already begun planning an Opening Day gala that would announce his majority ownership of the Mets. Now that sounds like something Bobby Axelrod — er, Steve Cohen — would do.

And on the other side? A couple of days after this announcement, someone close to Jeff Wilpon told me this: “People just assume Cohen’s going to come in and overwhelm everybody and take over. But that five-year waiting period was a key part of the deal. Without that, there would have been no deal.”