I hit PSL over the weekend 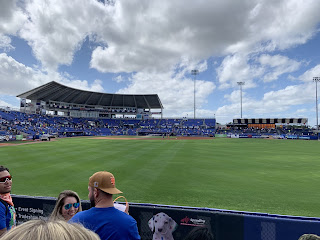 Went to  Spring Training this weekend. I flew int on Saturday and flew out on Sunday for a quick trip. The renovations that have been done to the ballpark look pretty good. The new steps up front are front and center now instead of being on the sides. The concourses are wider. The food stands are all mobile now and not in the walls of the stadium. No more Tiki bar but the Jim Beam bar is now in a place where you can oversee the backfields. My wife got to participate in the official ribbon cutting of the stadium with our buddy Mike thanks to being the official representatives of The 7line Army. Speaking of this folks, if you are not designated to by anyone or told that you are to be a part of an event or something, don’t just run up and join in on something. That’s not cool. A couple of folks did that. There were only two people from the T7LA that were supposed to be up there. 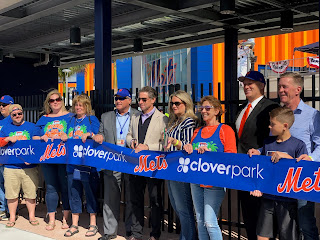 In case you were worried. The Taco in the Helmet is still there going strong. 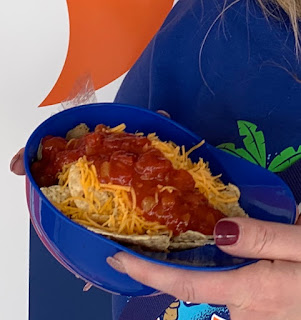 I say this every time I go to spring training. You guys need to do it if you never have. Just do it more than one day unlike me.
Posted by Media Goon at 9:22:00 AM