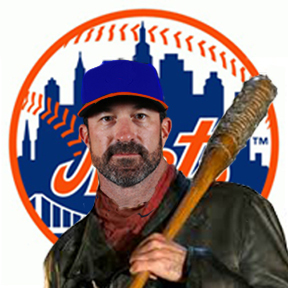 If you guys feel like you are going to make any difference on trying to get the Wilpons either to sell or seen money more power to you. My personal stance is that I have a feeling it won't work. But what do I know. If this is how you want to spend your energy great. I am not going to try to rain on your parade. There are some folks that "get" what it means to boycott the team and where the money comes from and goes. I think the folks who really are going to boycott the Mets are the ones who aren't going to check out the Mets in any way except in the boxscores the day after the games. I guess that's the best way of not giving the Wilpons/Mets any money. If you really feel that you can gain any traction with this, then great.

I saw someone write the other day that they were only going to go to the parking lots outside of Citi Field during games and hang out there with their friends and drink beer and listen to the game out there either with WOR or the MLB App. Guess who gets the money from the parking lot and the radio deal and the central fund from the MLB App.

What are the rules for the boycott? What's not allowed? Just wondering.
Posted by Media Goon at 11:00:00 AM