@QBConvention is January 20th 2018. Get your tickets yet?

I know, I know I keep pushing this hard. I just don't want you guys left out in the cold. The QBC ticket inventory is moving fast and by the time the holidays are over we could be sold out. "But, I was waiting to buy my ticket at the door!" There is a good shot that there won't be any available at the door. The Express Lane passes have already sold out. The single auto/admission ticket is close to selling out. The double auto/admission ticket is moving quickly too. This is easily the biggest and going to be the best QBC so far. www.queensbaseballconvention.com 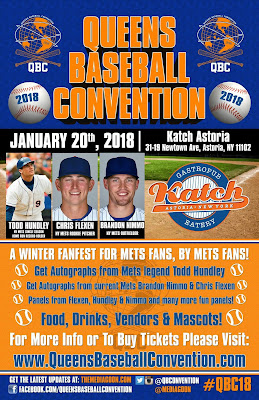 We have these Panels going on:

The Uniform Panel- Hosted by Brian Erni (Orange and Blue Thing) with Panelist Nick DiSalvo( jersey collector), Russ Gompers (Stitches), Andrew Liput (collector/author), and there might be one or two more added.

Don't forget the players will be signing that day too. With the autograph(s) ticket that is included with admission, you can pick any player to get something signed. You got a single autograph ticket? you can pick any of the three players to get something signed. You got the two autograph ticket? You can use that to get one player to sign twice or, you can split it up between two players. If you already have the Express Lane pass(sold out) you can use the 4 autos in any combo between the three players.

Buy your tickets www.queensbaseballconvention.com before they sell out!! 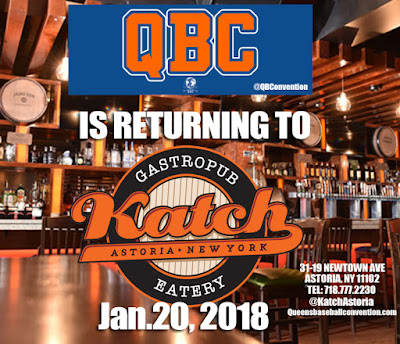