Mets:Who Will Be The New Health Guru?

I didn't catch if anyone wrote about this or not from a couple of weeks ago. It was about time that they get rid of Ray Ramirez and try to figure out what was going on with the players health. Does any of this help? Who do they hire? How long of a leash does the new guy have?


The Mets hired a new manager last month and constructed a new coaching staff around him, but maybe their biggest offseason change that doesn’t involve the roster is yet to come.In this era of analytics, the Mets will more closely monitor statistics of a different sort, with the hiring of a high performance director to oversee players’ health and institute policies throughout the minor league levels. According to assistant general manager John Ricco, the Mets are interviewing candidates for the position, as part of an overhaul to the medical staff.

The Mets can only hope the new structure will reverse the club’s fortunes with keeping players healthy. Last season, the Mets lost Noah Syndergaard, Michael Conforto, Jeurys Familia, Yoenis Cespedes, Matt Harvey and Steven Matz, among others, for extended stretches with various injuries. The team’s strength and conditioning coach, Mike Barwis, was retained, but the team decided to replace Ramirez as part of the restructuring.

Also don't forget to buy your tickets to the Queens Baseball Convention which takes place Jan 20th 2018. Chris Flexen, Brandon Nimmo, Todd Hundley will all be there. Tickets start at $50. At least one autograph included depending on the ticket being bought. 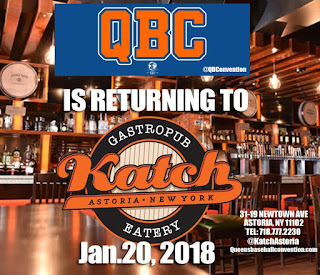