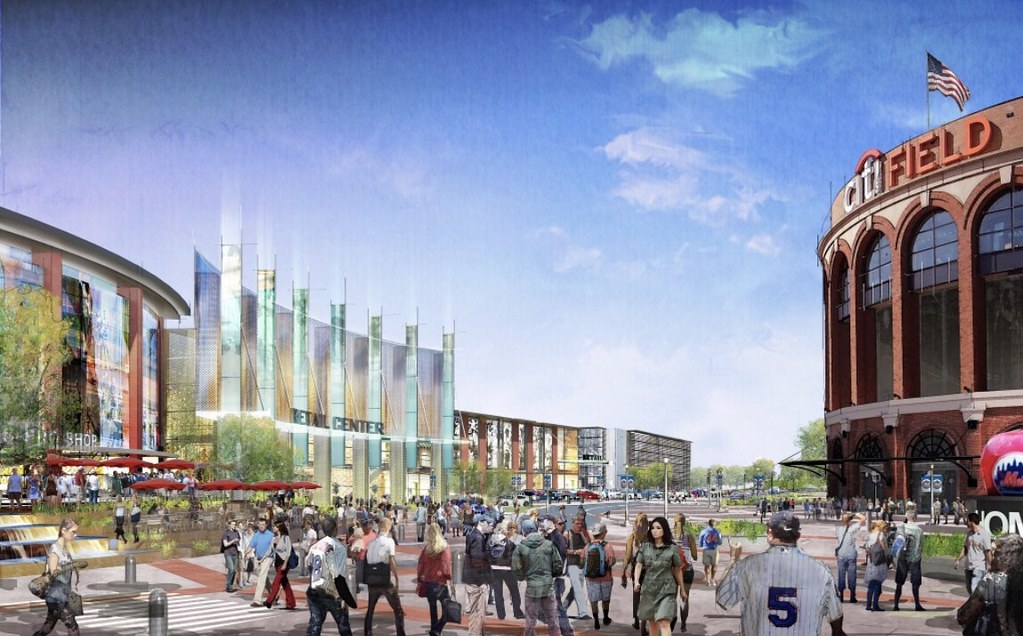 Okay Wilpons. Let's get this straight. Malls are dying. People don't want to go there. People want to go to parkland. Want do do something cool for Queens? Make a a deck over the current parking lot which used to house Shea Stadium and build a park on top of it. Folks love parks. Oh and how are those plans coming along for affordable housing?

You are already building stores and malls over on the other side of 126th street. That's all you need.
"Proposed by the Queens Development Group LLC (QDG), the plan was again halted by the New York State Court of Appeals earlier this month after it ruled that the first part of the two-phase plan, the “Willets West” retail development, could not move forward without approval from state legislature.

“At this point, the plan has been denied by the courts, stating that [the developers] cannot go forward with the current plan as shown,” Committee Chairperson Chuck Apelian said."

Read more at here from QNS.com