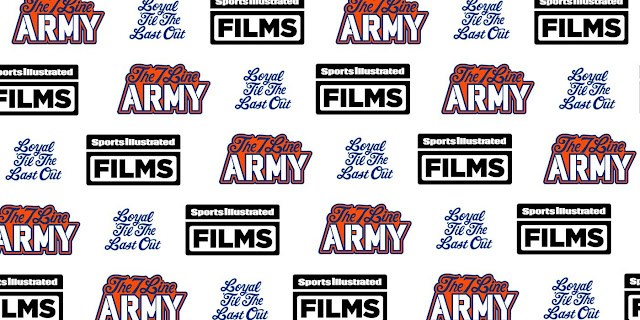 "Loyal 'Til The Last Out": An SI Films Documentary

"Loyal 'Til The Last Out": An SI Films Documentary
So excited to announce the details for this exclusive first look with The 7 Line Army. Sports Illustrated Films followed our group from Spring Training to the Wild Card game of the 2015 season, and put together this film. This is huge for the crew and we hope you're as excited about it as we are. The doc is all about the friends, families and lifestyles associated with being die hard fans of the team we love along with the history of The 7 Line Army dating back to 2012.
The premiere party will be held at Long Island's famous pub and concert hall Mulcahy's on Saturday March 18th. Entry will be just $40 and that includes a three hour open bar (6-9pm) and a buffet dinner. The guys from Mulcahy's are season ticket members with T7LA, and we can't thank them enough for putting on this great event with us.
A total of 850 tickets will be available TODAY 3/6 on http://www.Muls.com at 1pm. A direct link to the listing is posted on their main page. We expect a nice turnout to this, so setting an alarm is recommended.
Walk the red carpet starting at 5pm and be the first to watch the film at 8pm. Stay afterwards for a night of drinking and dancing. The Zack Brown Tribute Band goes on at 10pm and there will be some drink specials for the rest of the night.
21+ only.
We can't thank SI Films enough for this opportunity. Really excited to see the finished product. To all of you who have cheered with us since 2012, THANK YOU. Together we turned this vision in to the largest traveling supporters group in MLB history. We should all be very proud of that. Come celebrate with us!
LGM!
Posted by MediaGoon at 8:00:00 AM