So this T7LA jersey started a firestorm on twitter. 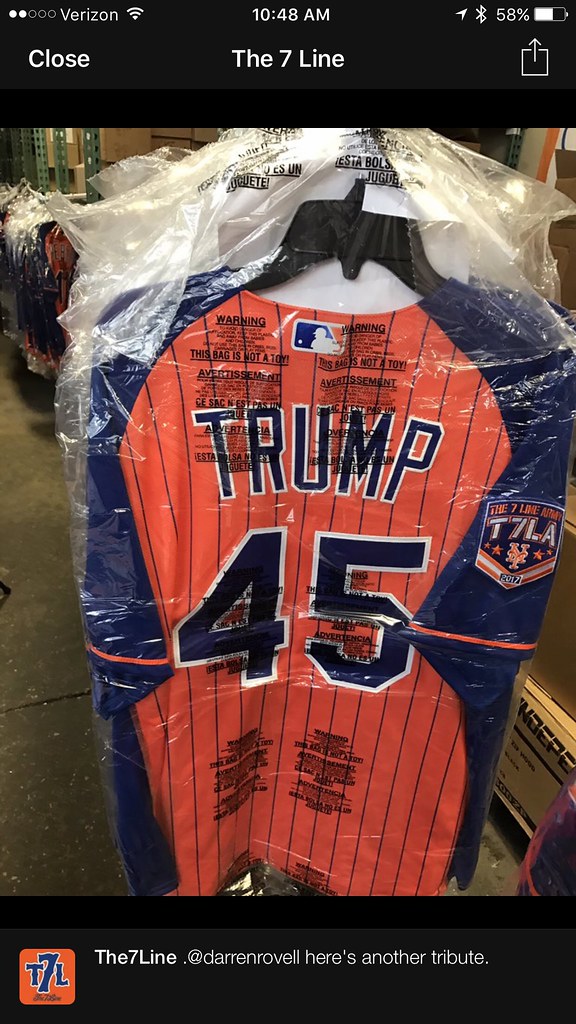 - Now The7line didn't make this jersey for themselves. They just had it customized as part of their ticket plan holder jerseys that they ordered. Darren tweeted it out in response to a tweet. People are losing their shit over this jersey. 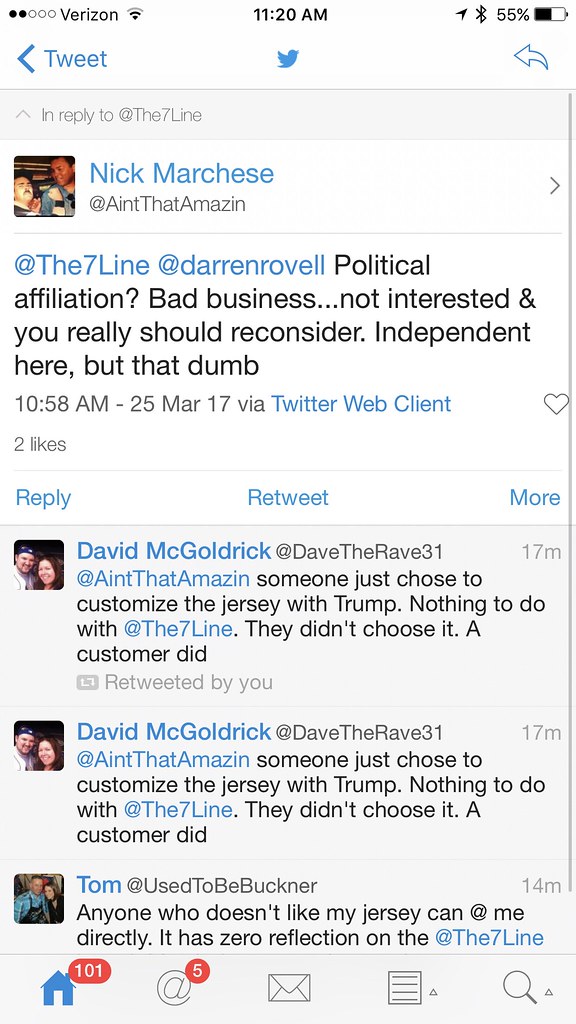 Some people are complaining that Darren had it made up for the seat holder. It's not offensive or obscene( way worse stuff out there). I know not everyone is a fan of Trump but what would the reaction be in reverse if Hillary one and someone had her name put up on a jersey and someone complained about it? "Don't try to censor it. Censorship ain't right." Fine you guys can be upset by the fact someone had Trump on their jersey. It's your right. It's also this guy's right to have his jersey with Trump on it.

Let's see what else is being said. 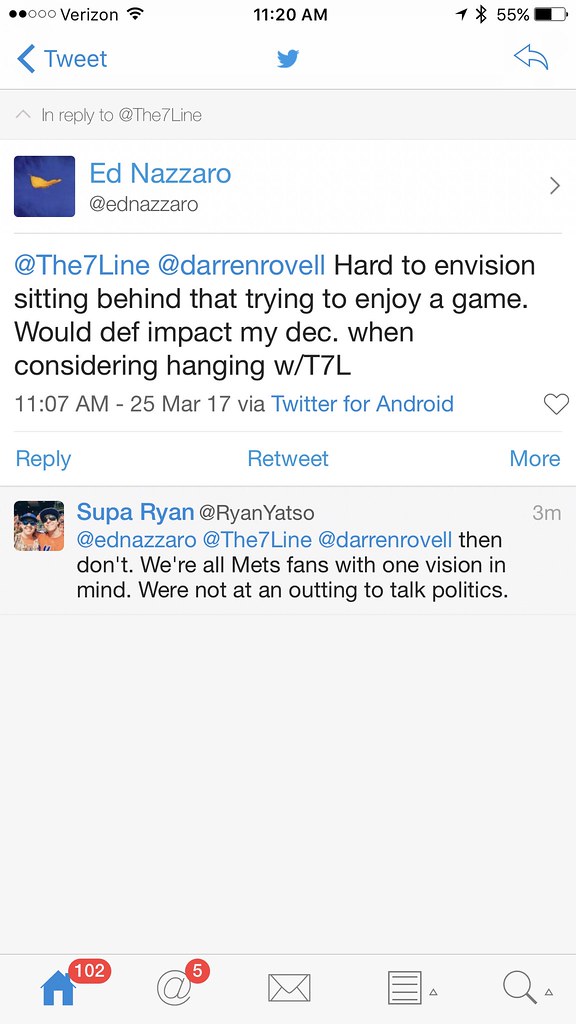 What would happen if the guy sat in front of you randomly at some other game? What would you do? Get up leave? 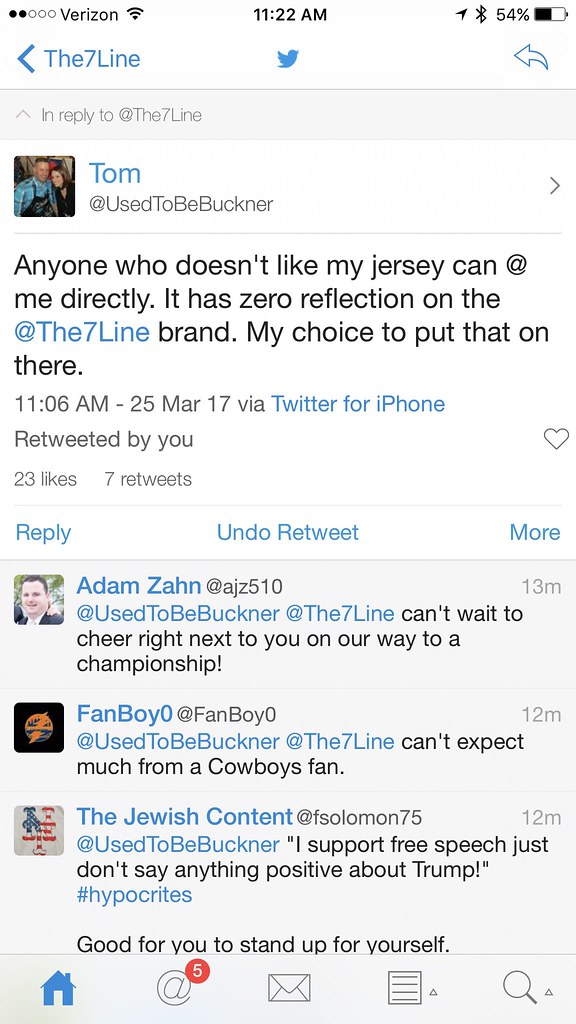 The owner of the jersey steps up to take the heat from The7line. 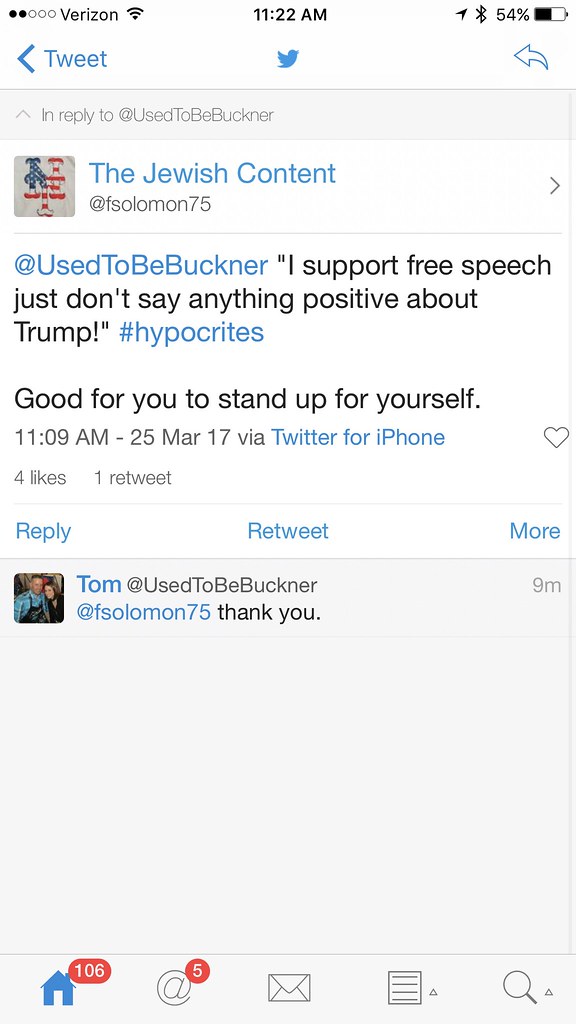 We have someone talking about the hypocrisy that is being tossed around. 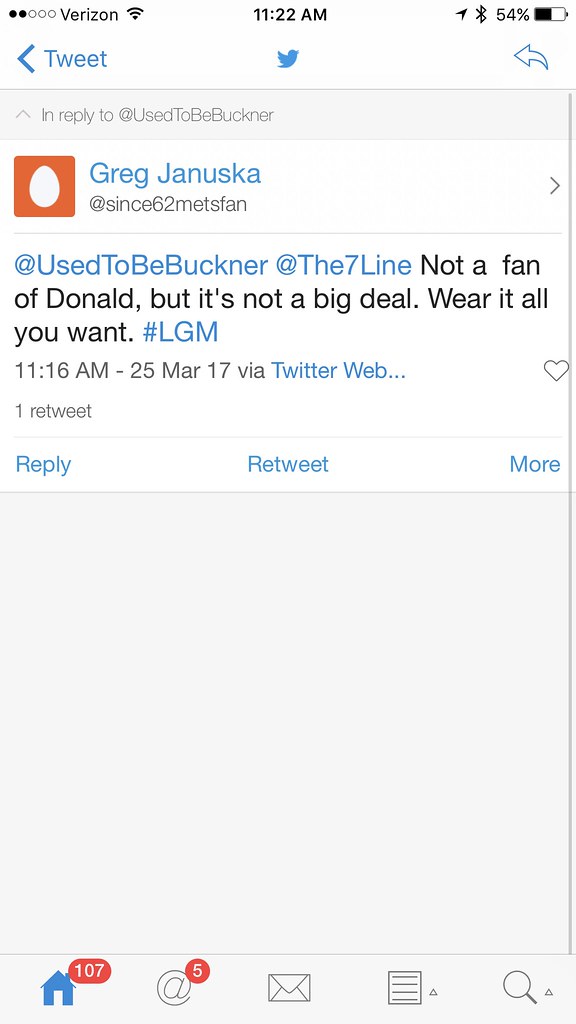 Another non fan of Trump that understands people can have differing views and get along. 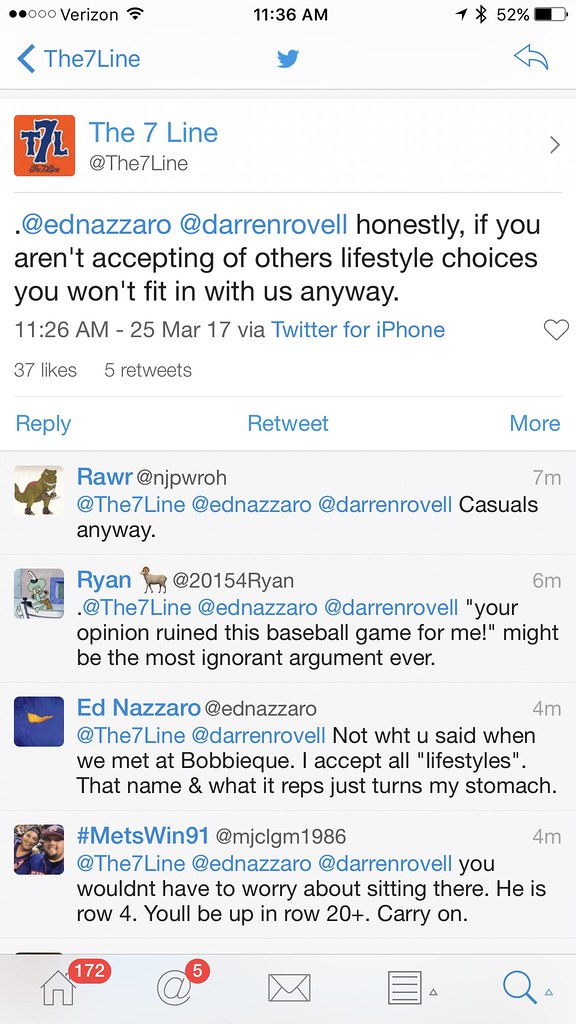 Guys just grow up and be civil. We go to baseball games to cheer our team and to hang out with our friends. Not all of us will be buddy buddy. Not all of us will get along. There are people that I don't like and I know people don't like me. But that's the beauty of it. You can still move on and have a good time. Too many folks these days getting offended for little stuff.


Where are you guys when I get offended by Chinese knockoff jerseys made by workers who get paid barely anything and the sales help support crime and terrorism! That's the real outrage about a jersey you folks should be latching on to!!!


Posted using BlogPress from my iPhone